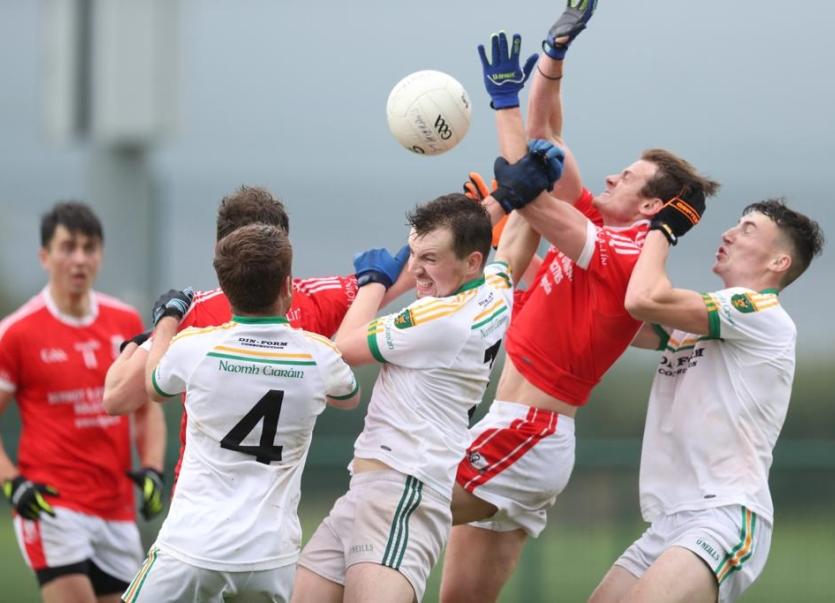 MONALEEN opened their Limerick Co SFC campaign with a deserved 0-11 to 0-6 victory over St Kieran's at a wet and windy Mick Neville Park on Saturday afternoon.

The victory ensured Monaleen's progression to the quarter-final stages of the championship as St Kieran's had lost their opening round fixture to Galbally.

A young Monaleen side, who led the game 0-5 to 0-3, were full value for their success.

Monaleen's work rate was impressive right through. The city side raced into a 0-3 to 0-0 lead after nine minutes with points from Mark O'Dwyer, Brian Donovan, free, and Luke Murphy.

However, St Kieran's remained very much in the contest at the break with Paudie McCarthy, John Hayes, free, and Seamus Mangan kicking scores for the West Limerick side.

Monaleen played with the aid of a strong wind in the second half. Their advantage was still just three points, 0-8 to 0-5, at the second water break.

However, three points at the start of the final quarter from top scorer Brian Donovan, two, one free, and Mark O'Dwyer, following a terrific surge upfield from Sam Burns, guided Monaleen home safely.