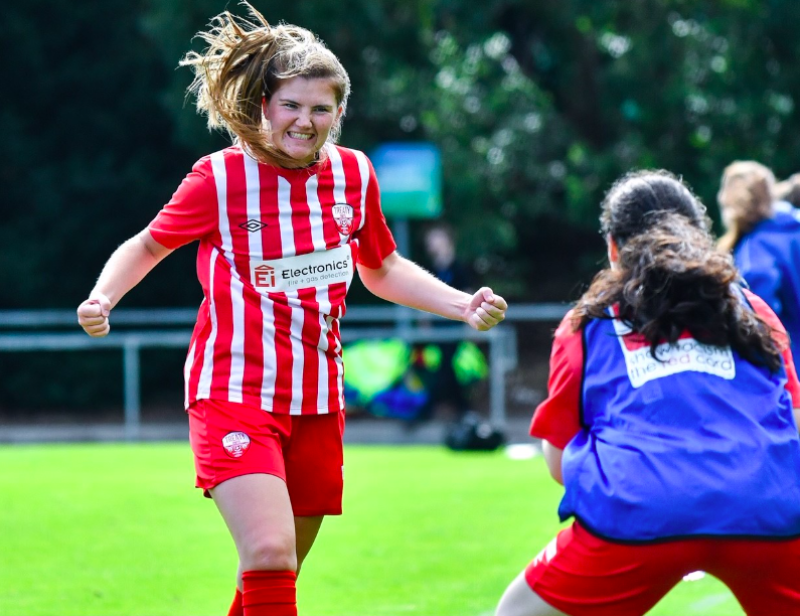 TREATY United senior side scored their first win of the Women's National League after recording a deserved 2-0 victory over DLR Waves at UCD Bowl on Saturday.

Two goals in a blistering three minute spell early in the second half from Chloe Connelly and Aoife Horgan helped Dave Rooney's Treaty United side pick up the precious three points on offer.

After a somewhat slow start, Treaty, playing their first game in two weeks, were good value for the success and indeed might well have added to the margin of their victory in the second half.

The game was only confirmed to go ahead less than 24 hours before the kick-off time as a test for a suspected case of Covid-19 test within the DLR squad came back negative.

Treaty United will return to league action this Tueday when hosting Cork City in a rearranged Women's National League fixture at the Markets Field, 7.30pm.

The game was originally due to have been played on Wednesday last but was postponed due to Storm Ellen.

Meanwhile, the Treaty United U17 side opened their U17 National League campaign with a 5-0 defeat to a strong Galway side in difficult conditions at Ballingarry on Saturday afternoon.