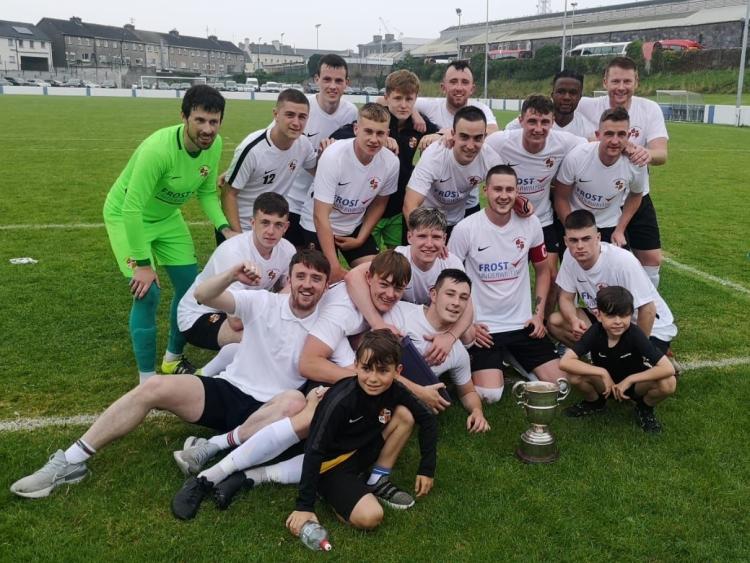 A NEW name was added to the Munster Junior Cup on Sunday afternoon as Aisling Annacotty recorded a surprise 1-0 win over Fairview Rgs in the decider at Jackman Park.

Aisling won their first provincial title with a gutsy display that saw them keep a more fancied Fairview Rgs XI scoreless. Aaron Murphy’s goal from close range just before the break proved the decider in an exciting cup tie.

A second yellow card for the influential Clyde O’Connell early in the second half didn’t help Fairview’s cause but they pushed the winners right to the final whistle.

This was the ninth time in the history of the Munster Junior Cup which dates back more than 100 years that two Limerick sides faced off in the final.