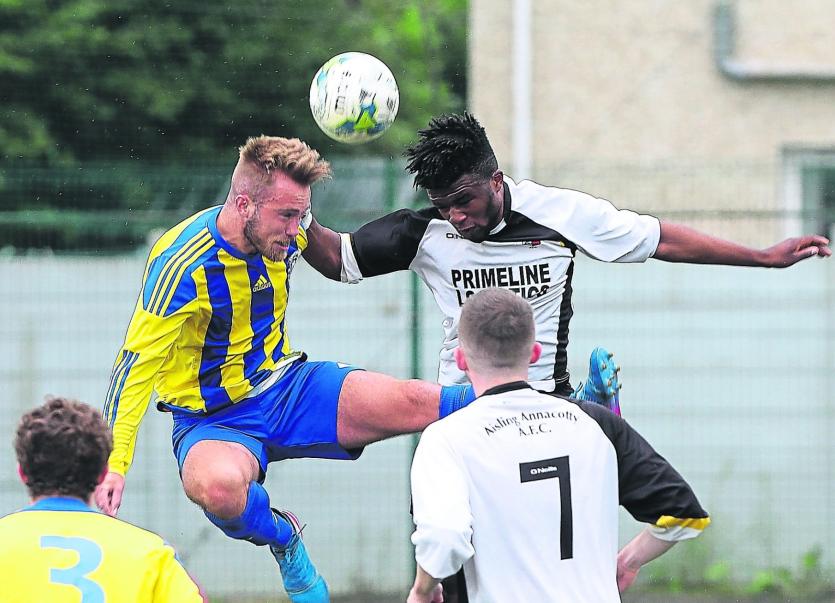 FOR the ninth time in the history of a competition stretching back 100 years, the Munster Junior Cup final will host an all-Limerick lineup this Sunday in Jackman Park when Fairview Rgs and Asling Annacotty will battle it out for the provincial title, 3pm kick-off.

While it's Aisling's first time in a Munster junior final, Fairview are no strangers to such an event having won the trophy seven times.

Both sides needed showed a little rustiness in their semi final wins but the extra time will have helped them return to the sharpness they showed when Covid 19 struck in March.

Fairview, following an impressive 2019/20 campaign, will carry the unenviable favourites tag into Sunday's tie but no doubt Jason Purcell and Stewart Fitzgerald will instill in the side not to underestimate Aisling.

The form of the Fairview defence with mark Slattery and Clyde O'Connell excelling, will know what they face in Shane Clarke on Sunday. Clarke waswell marshalled for most of the game last week but bided his time for that one clear chance and buried it. Alongside Aaron murphy's swashbuckling style they will prove a handful for th Blues.

That is all predicated of course, on a decent supply coming their way. That's where Aisling fell slightly last week, that despite all their pressing very few clear cut chances were created.

Fairview were only slightly better on that department but once they went on the offensive they looked much more likely to find the breakthrough.

Both teams are prone to slow the game down needlessly so the braver side may well get their reward.

The midfield battle between Jeffery judge and Shane Tracey will have a big bearing on the final outcome but there will be great personal dues all over the park.

Pity, once again, crowds will be restricted to 200 which includes players, committees and officials. If you're lucky enough to get your hands on a ticket you could be in for a treat.