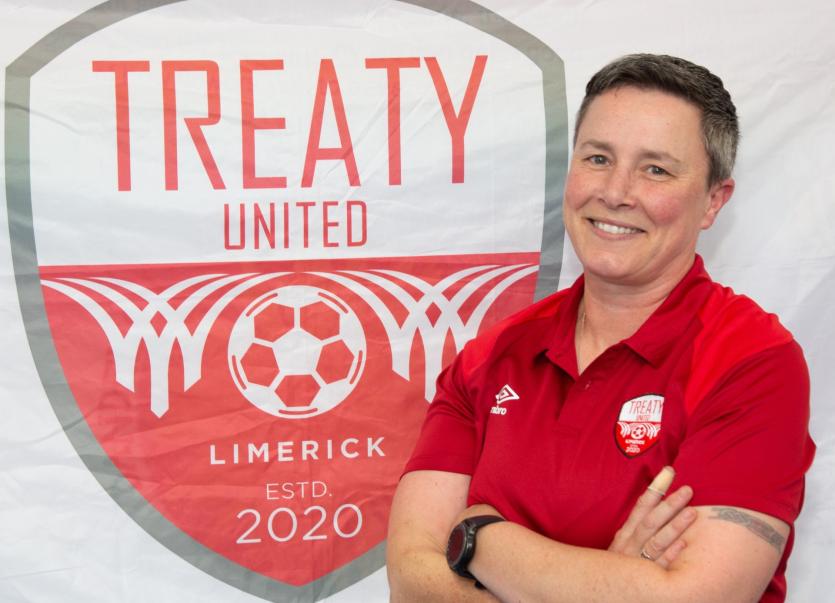 TREATY United's U17 manager Irene Hehir is excited by the level of under-age soccer talent being produced in the Mid-West region at present.

Hehir's U17 side kick off their 2020 Women's Under-17 National League season against Carlow-Kilkenny at Derdimus Park, Kilkenny for a Group 2 fixture on Saturday, August 15 at 2pm.

Treaty's first home game will take place on Saturday, August 22 against Galway WFC at Ballingarry AFC at 4pm. All of Treaty's home games will be played in Ballingarry this season.

Irene Hehir said: “There are a vast amount of players in the region at such a good level. It's testament to what's being done with the clubs and the Emerging Talent and stuff.

“Without those I think the girls wouldn't have gotten their start and now looking towards national league clubs hopefully underage international call-ups and stuff like that.

“There is quite an amount of work being done in the background. They girls need to want it too, need to put in the time and effort. It is great to see them putting in the effort and hopefully enjoying it along the way.”

Hehir says she is quietly confident about the squad's prospects for the U17 National League season ahead.

“In the season ahead, the girls will get experience at this level. It is quite a step up from the junior leagues and stuff, so to get them experience now playing in these type of games with the tempo and the level that comes with it, understand how the league works and used to high intensity football every week, you never know what could happen after that.

“I would be quietly confident about the girls in some respects because they are a good team. When they get a bit of experience in the National League I think they will do well.”