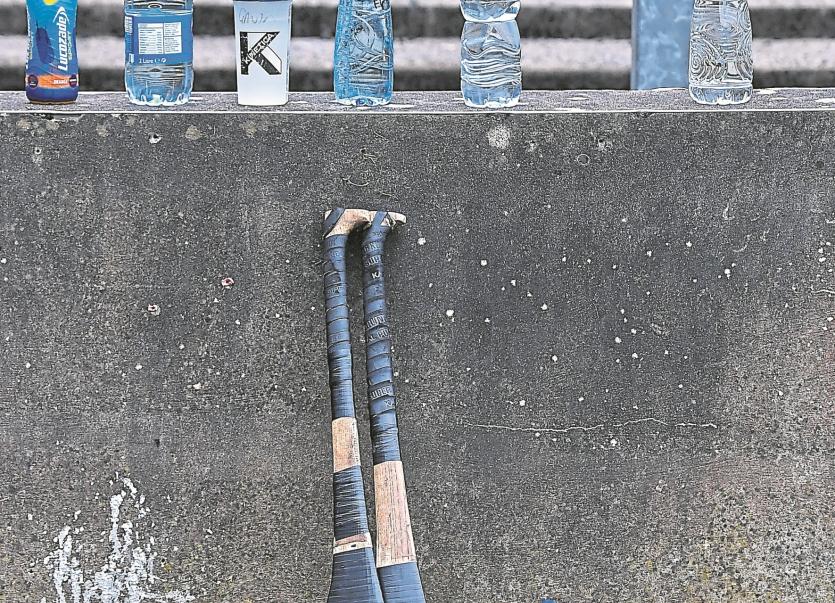 ANYONE who has stood outside a dressing room at a GAA club championship game shortly before the team emerges to take to the pitch will know the scene.

In the case of hurling, there is likely to be a few loud bangs as a hurley is smacked against the table inside.

There is usually a blast of colourful language, in some cases enough to turn the air blue!

And finally it builds to the players emerging – the dressing room door fortunate if it remains on his hinges such is the ferocity and intensity of the players as they emerge into the open air and race onto the pitch.

In fact it is like no other we have seen before. There is no pageantry in and around the dressing room are before, during or after games.

The players come togged out in their cars, bar needing to put on their boots which are usually stored in the boot.

So now you have the scene of players arriving at the same time at match venues in their cars, parking up, getting out of their vehicles and several standing at the car boot at the same time putting on their boots and chatting, while socially distanced.

It’s then out onto the pitch to begin the warm-up.

The language in the pre-match speeches is generally not as colourful – you’d never know who would be listening even with a limited attendance!

The emphasis is on concise, clear instructions. The players need to bring the fire and brimstone themselves.

In recent weeks we have gotten used to the practice of holding two water breaks, mid-way through each half of championship games.

The emphasis is now very much on teams treating fixtures as consisting of four 15-minute quarters rather than two 30-minute halves.

The water breaks, which occur mid way through both halves, were introduced as part of the new protocols around match-days during the current Covid-19 pandemic.

The break in play, albeit they only last two or three minutes, can come at a bad time for sides which are ahead in games and have momentum behind them. On the otherhand, the breaks can assist teams who find themselves losing a game and are struggling with one or more aspects of their play.

One of the more stark aspect of attending club GAA fixtures in recent weeks is the absence of supporters on any big scale. Matchday attendances at grounds, including all players, match officials, stewards, spectators and press is limited to 200.

Mind you it hasn’t stopped some enterprising individuals, who didn’t possess a match ticket, from coming up with their own novel way of gaining a birds eye view of the action.

Take Clarina last Friday week for instance when, not one, but two diggers, were positioned closed to the outside of the venue’s boundary fence, so a number of spectators could climb aboard to watch proceedings.

It will be interesting to see whether the maximum number of people at sporting fixtures will be increased to 500 when the next phase of easing of restrictions is due to come into effect next week.

A maximum attendance of 500 at sports fixtures would, in the vast majority of cases, satisfy the demands of all diehard club GAA fans who wish to see their local club side compete in county championship 2020. It’s a championship like no other.