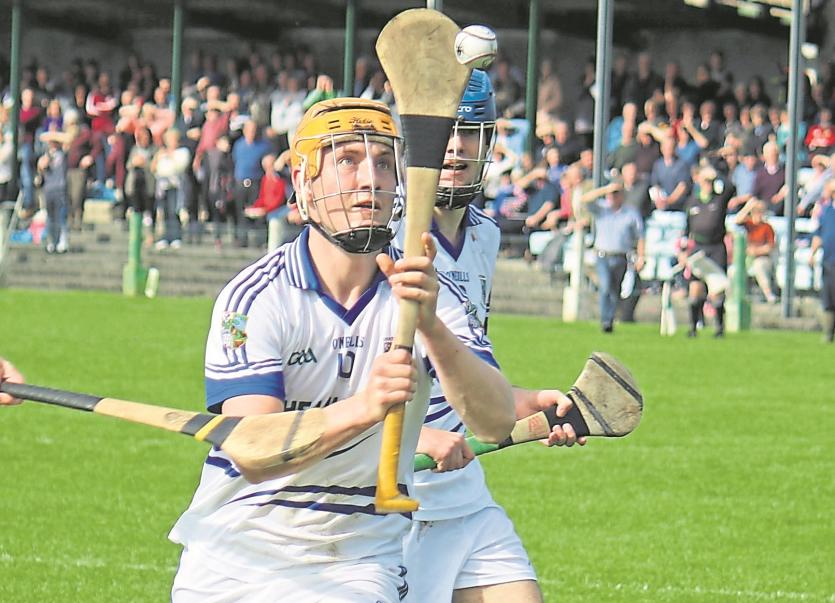 THREE of the eight quarter final spots are confirmed after round two of the Nick Grene Limerick IHC.

The four final round group games take place this coming weekend to confirm the four quarter finals and the two relegation play-offs.

Croom, Feohanagh and Pallasgreen are all assured of quarter finals places, while Tournafulla will be one of the four teams in the relegation play-offs to determine who drops to the junior ranks in 2021.

In Mick Neville Park, Knockaderry bounced back from their round one loss to Newcastle West to defeat city side St Patricks.

Knockaderry were 0-8 to 0-6 ahead at half time - Gearoid Hegarty the top scorer for the Rhebogue men. In the second half Tom Condon and men ensured St Patricks never got within three points.

St Patricks must beat Newcastle West this weekend or it will be the two west Limerick sides reaching the quarter finals from the group.

In Dromcollogher, Seamus Flanagan sparkled for Feohanagh with 1-13 (9frees). His side were 1-11 to 0-4 ahead by half time with Kieran Guina getting the goal.

Anthony Hartnett and James Brouder had second half goals for Tournafulla, but Flanagan and Michael Fitzgibbon had Feohanagh goals.

Tournafulla will now be in the relegation play-offs with Feohanagh and Pallasgreen in county quarter finals.

A Fergal O'Connor goal helped Effin into a 1-7 to 0-9 half time lead in Bruff. But Kilmallock bounced back in the second half with a Killian Hayes goal key.

Effin must now beat Na Piarsaigh this weekend to reach the quarter finals.

In Kilmallock a strong second half showing helped Croom to victory and into the knockout stages. A Conor Laffan goal gave Croom an early advantage but by half time it was a lead of just 1-8 to 1-7.

In the second half points from Mark Reidy and Ethan O'Sullivan Barry sealed the win.

Hospital-Herbertstown must now beat Granagh-Ballingarry this weekend to deny the west Limerick side a spot in the last eight.