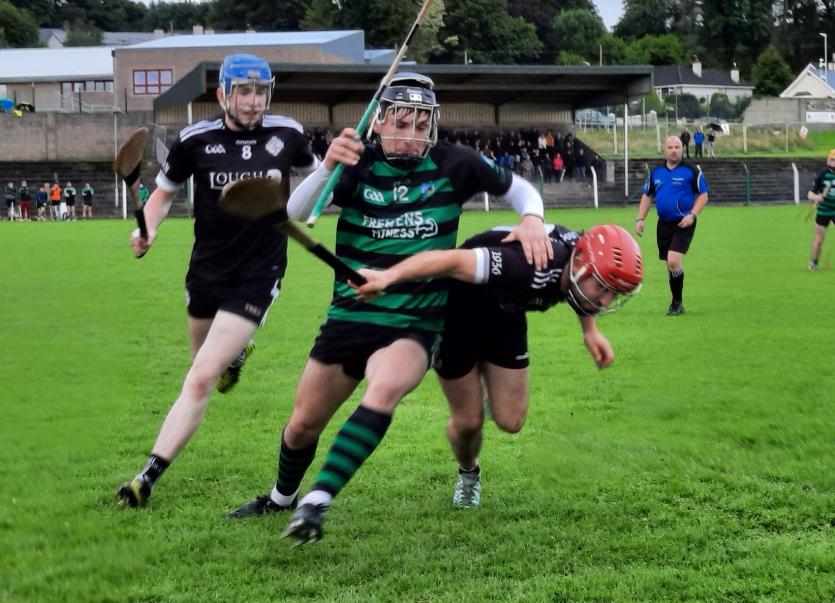 RESOLUTE Glenroe edged past Knockainey 1-20 to 2-14 to make it back-to-back wins in the Limerick Premier IHC at a wet Kilfinane on Saturday evening.

A second successive group win, following their opening round success against Dromin-Athlacca, has ensured that Glenroe have booked their place in the semi-finals of the championship with a game to spare.

The final Group 1 fixture next weekend will be against fellow high flyers Bruff, who are also on four points and safely through to the semi-finals as well.

Glenroe, who won the county intermediate championship in 2019, led Knockainey 0-12 to 0-9 at half-time in a lively contest. The winners had enjoyed a five point advantage, 0-6 to 0-1, after 11 minutes with the impressive Mark O'Connell knocking over four points, three from frees, while Brian O'Connell grabbed the opening score inside 40 seconds and Ciaran Kelly also raised a white flag.

Knockainey, who hit four wides during the opening 10 minutes, rallied before the break with Patrick Kirby scoring two fine efforts from play leaving two points between the sides, 0-6 to 0-4.

Glenroe, led by the excellent Stephen Walsh in defence, kept their opponents at arms length, thanks to points from David McCarthy and Eoin O'Mahony.

When Ciaran Kelly goaled for Glenroe 14 minutes into the second half, their advantage had grown to eight points, 1-17 to 0-12.

However, Knockainey were not prepared to go down without a real fight.

A Jack O'Grady goal on 46 minutes ignited their challenge and after Patrick Kirby's attempt on goal from a close-in free and Jason Lonergan's follow-up effort were initially saved, the ball was eventually scrambled to the Glenroe net from close range.

However, Glenroe held their nerve and a late pointed free from influential captain Mark O'Connell and finally Ciaran Kelly settled the outcome in their side's favour.