Opinion: World watches on as Basketball returns in a 'Disney' bubble 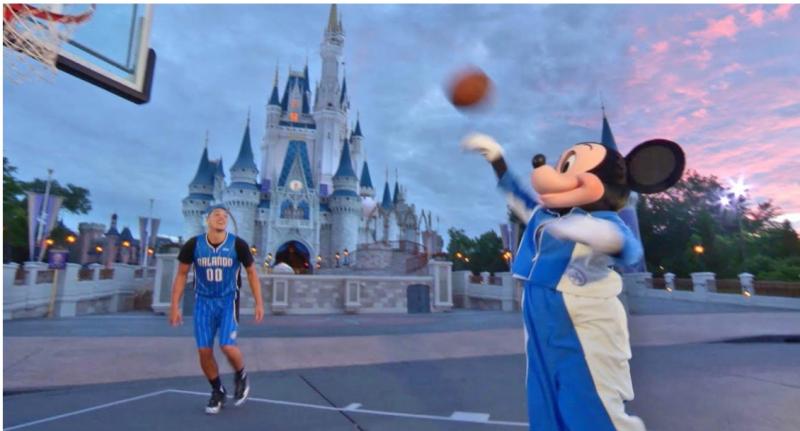 Enter the virus - the 2019-20 NBA regular season was halted like all other professional sports due to the pandemic in March. The league shut down following the Utah Jazz’s’ Rudy Gobert's positive coronavirus (COVID-19) test – calling an abrupt halt to the season, and the immediate practice of social distancing, rather than preparation for the playoffs.

Adam Silver, commissioner of the NBA has been entrusted with the difficult task of guiding the NBA through one of the most challenging and rocky periods in the history of basketball. (For more from David, click here)

The NBA and Disney reached an agreement to have games played at ESPN Wide World of Sports Complex at Walt Disney World Resort near Orlando, Florida to kick start the season this month. The venues for all games will be inside the Arena, Field House and Visa Athletic Center. It has been referred to as the NBA bubble.

Coronavirus cases in Florida continue to mount, but the NBA is still moving ahead with plans to resume court play, behind closed doors. The bubble looks like it is still intact with the league reporting zero positive results in recent testing rounds, of over 300 players on the campus.

The clean bill of health for the NBA contrasts with the disastrous situation in Major League Baseball. South of the Orlando bubble, the Miami Marlins have been at the epicentre of an outbreak of the virus putting the remainder of the freshly started baseball season in serious jeopardy.

Stringent health and safety protocols are being practiced by all medical and performance staff of each NBA team. The NBA has worked closely with infectious disease specialists, public health experts and government officials to establish a robust programme to prevent and reduce the risk related to the virus.

This includes frequent testing, cough and hand sanitising etiquette, and strict safety measures. As an example, one major step to ensure the safety and health of all involved will be usage of the Oura ring wearable piece of tech; all staff will wear one, and all players off court will wear one. It is being used to monitor temperature, a key differentiator of this ring, and a key flag for the coronavirus.

Due to these unprecedented circumstances, there have been many changes to the schedule for this season and next. The off-season and start of the 2020-2021 season have been changed drastically. In a ‘normal’ season teams and front offices have time to plan their draft selection, free agent and trade signings, summer league, organisational changes, and so forth. As we stand, the draft comes three days after the Finals – scheduled for an October 13 finish, with free agency coming only three days after that. Imagine a key player winning the championship then moving to a new team within a few days!

There will be 22 teams in attendance, so not all are going to be in the world that Walt Disney created; there are 30 in the league. The 16 current playoff teams, and the 6 teams on the brink of playoff contention return to action for a brief, and condensed finish to the regular season to decide on the seeding format for the playoffs. Each team will play 8 regular season "seeding" games before moving on to a normal playoff format.

The games were selected from a team's remaining regular-season matchups. Most teams will have played in between 70-75 regular season games after the new 8 games are played. Playoff seeding, the playoffs format and the path to the Larry O’Brien trophy will be like previous seasons – just condensed with shorter ‘off’ days between games.

This situation is turbulent, new and fluid and could change in a day - like the baseball season. As of today, though, we are looking forward to watching the New Orleans Pelicans meet the Utah Jazz, followed by the Los Angeles Lakers play their city rivals the Clippers to restart the NBA season. Let us see what Lebron James has been doing in lockdown!