Limerick JAHC: Game by game details from round one of the junior hurling championship 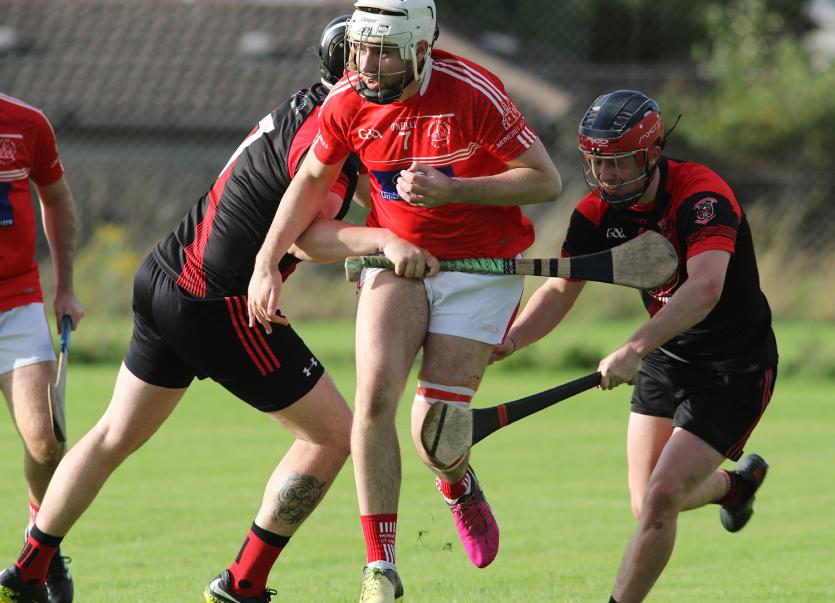 The 24 competing teams are divided into four groups with five guaranteed games before the knockout stages.

The action continues this weekend with another 12 games - fixtures here

Last year's beaten finalists opened with a six point win in Staker Wallace GAA grounds. Castletown-Ballyagran built an early lead and despite an Aaron Power goal for Caherline, it was the men in black and amber that led 1-11 to 1-7 at half time.

Bob Purcell scored an early goal for the east Limerick side, who were 1-4 to 0-3 ahead after playing with the breeze in Clarina.

St Kierans rallied and it was 1-5 to 0-7 mid-way through the second half but the men in green and gold didn't score again as Doon hit the last six points to win.

2019 junior B champions Garryspillane made a winning start to life in the junior A ranks. It was 1-9 to 1-7 to The Bouncers at the break in this clash of the second string line-ups from both clubs.

Declan Mullane had two early goals for Croagh-Kilfinny but it was Patrickswell that led 2-5 to 2-4 at half time - Shane Quinlan with one of their goals.

In the second half, Jack Lenihan had a third goal to propel Croagh-Kilfinny to the win on a night when Seamus Hickey made a scoring championship debut for the west Limerick men.

A city division derby where the winners were 0-12 to 0-6 ahead by half time - Old Christians missed a penalty in this opening period.

A goal by Paudie Ahern and points from Denis O'Dea and Brian O Grady, Denny Ahern had Kilteely-Dromkeen 1-10 to 1-7 ahead by half time.

When Brian O'Grady added a second half goal the east Limerick men were 2-14 to 1-11 ahead and held on for a win.

2018 finalists Killeedy were 1-8 to 0-8 ahead at half time after Ballybricken-Bohermore had led 0-6 to 0-1 with points from Conor McCarthy, Daniel Owens, Daniel McGuire and Michael Martin. John Cunningham had the Killeedy goal.

In the second half, further goals from Peter Mulcahy and Padraig Ahern sealed the Killeedy win.

The west Limerick men were the biggest winners of round one with 12-points to spare over Monaleen. The winners were 1-10 to 0-8 ahead by the break.

In the second half, points from Moss Fitzgibbon and free-taker Diarmuid Coleman ensured the win over a side overly reliant on Shane Hourigan frees.

Relegated down from the intermediate ranks last season, Dromcollogher-Broadford couldn't get back to winning ways here.

The city side went into the half time break with a 1-6 to 0-7 lead – the goal coming from a John Moloney penalty.

Derry McCarthy frees kept Drom-Broadford in touch but Claughaun held on for the win.

The only draw of the 12 games in round one. Monagea were 0-11 to 0-6 ahead at half time with Sean Herlihy and Jamie Baynham on the scoresheet. In the end it was a free from John Meskell that sealed the share of the spoils for Ahane - he finished with 1-8.

Our junior hurlers got their 2020 championship campaign off to a winning start with a 0-21 to 1-13 win over Staker Wallace.