WATCH: Limerick jockey Billy Lee off to a flyer at the Galway Races 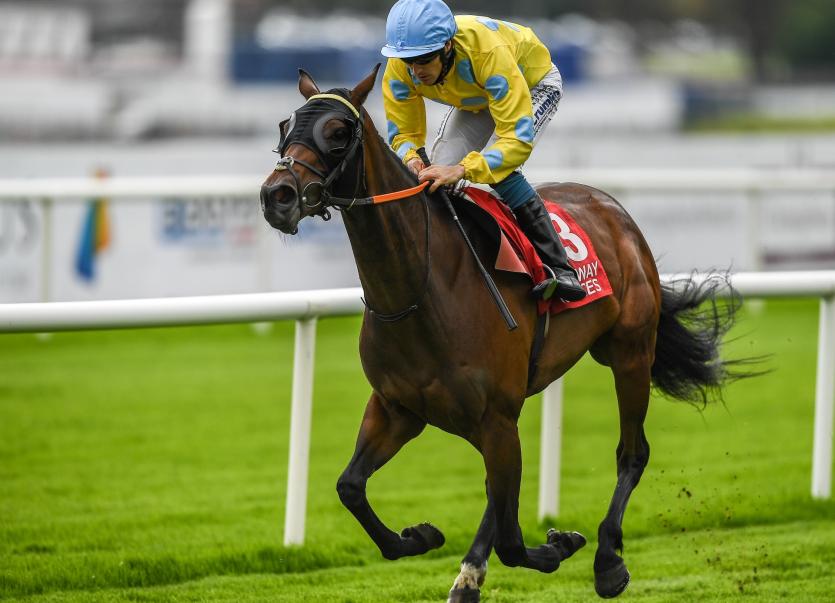 Royal Canford, with Ballingarry jockey Billy Lee up, on their way to winning the Galmont.com & Galwaybayhotel.com Handicap at the Galway Festival

LIMERICK jockey Billy Lee continued his terrific run of form when recording a quick-fire double on the opening night of the Galway Summer Racing Festival.

This year's Galway Festival is taking place behind-closed-doors due to Covid-19 restrictions.

The winner was returned at odds of 11/2. The winner was well supported by punters, having been backed from 14/1 on Monday morning into a much shorter starting price of 11/2 closer to the off.

Lee, who celebrated his 34th birthday on Friday, completed his brace of winners half an hour later when claiming the first division of the Galmont.com & Galwaybayhotel.com Handicap, again over seven furlongs, with the impressive Royal Canford.

The 7/2 shot ran out a comfortable two and a half length winner for Lee and trainer Willie McCreery.

The seven-day Galway Festival continues until this Sunday, August 2 with the prestigious Galway Plate and Galway Hurdle being run on this Wednesday and Thursday as normal.<

Billy Lee gets off the mark with his first ride of the #GalwayRacesSummerFestival with Talking Tough in the https://t.co/HazXtERzz2 Handicap for trainer Michael Mulvany pic.twitter.com/FYHhoWEOT3

However, there are significant changes to the traditional race programme. Today's card and tomorrow (Tuesday's) card host Flat races only, while the Wednesday, Thursday and Friday fixtures will be all National Hunt.

The meeting, which will continue behind closed doors, will conclude with two all-Flat cards on Saturday and Sunday.

What a start to the Galway Races Summer Festival for Billy Lee!

The jockey bangs in a pair of winners on Talking Tough and Royal Canford to get his week off to a flyer! @wjlee24786 @Galway_Races pic.twitter.com/levpVCxFNN