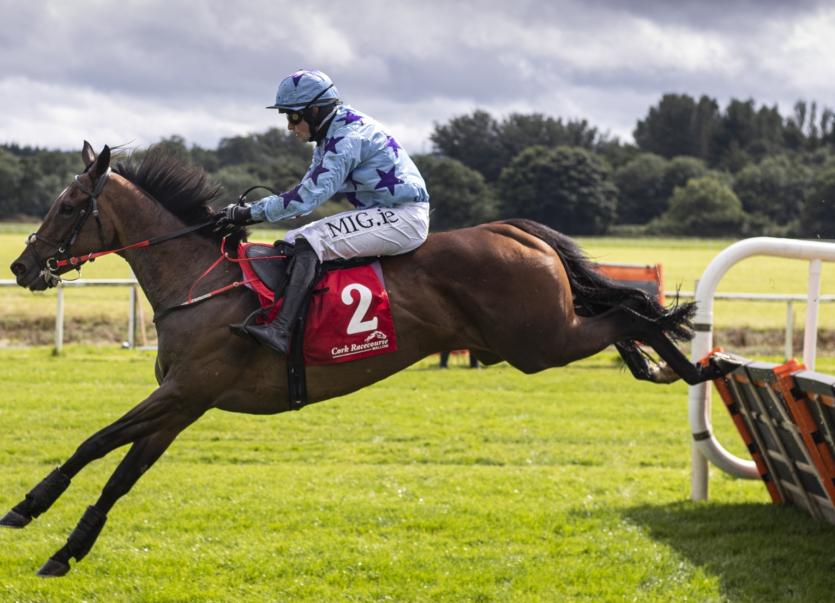 BALLINGARRY jockey Billy Lee continued in fine form last week and even helped himself to a 150/1 winner at the Curragh Sunday as Cocquinto took the five-furlong maiden for trainer Hilary McLoughlin, one leg of a double for the rider.

Lee started as he meant to go on this week with Red Line Alexander winning the fillies' maiden for Paddy Twomey at Ballinrobe at odds of 6/4 favourite.

Curragh trainer Ken Condon has his string in sparkling form and he supplied Lee with another winner, Could Be King landing a nice gamble in the Naas Race on Wednesday at odds of 9/2, having been 15/2 earlier. "That was more like it and Billy said he was very tough when he needed it," said Condon.

Condon and Lee combined again at the Curragh Sunday when Thunder Beauty, running in the colours of David Kelly, took the juvenile fillies' maiden despite hanging left close gome at 12/1. Willie McCreery and regular partner Lee took a smart divided fillies' maiden at Gowran on Saturday with Epona Plays, a daughter of Australia sent off 5/2 favourite.

Ballingarry-based trainer Richard O'Brien took the closing handicap with Musalsal, given an excellent ride by Ronan Whelan on Saturday at Gowran at odds of 3/1 favourite.

Oscar Montel combined for the father and son team of Eric and Conor McNamara when taking the staying maiden hurdle at 11/10 favourite at Limerick on Thursday, well-backed.

Charles Byrnes is targetting a profitable Galway and he combined with Cathal Landers to take the McGrath Limestone Works Handicap Hurdle with Imperial Choice at Ballinrobe on Wednesday, the filly winning by seven lengths.

Dermot Weld teamed up with Limerick rider Chris Hayes when Tasalka took the fillies' maiden at Naas on Wednesday, scoring nicely at odds of 4/1.