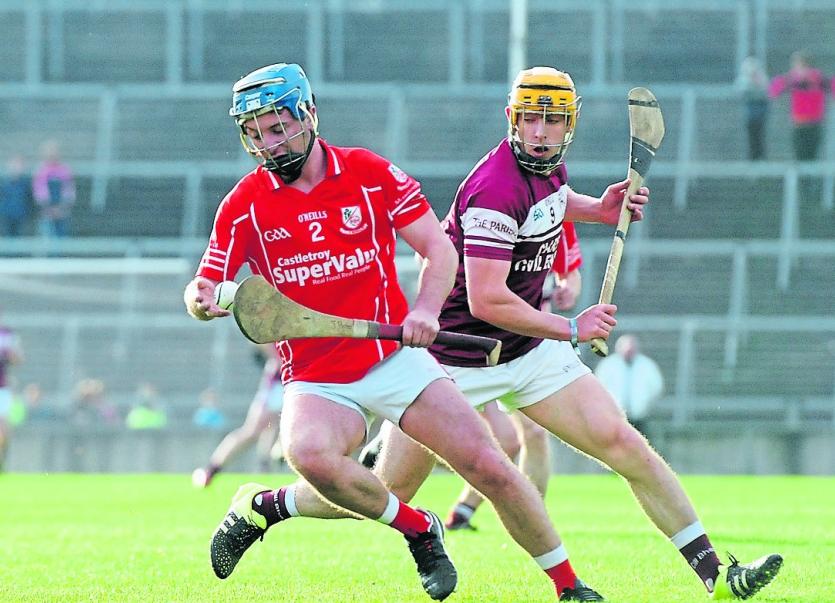 Corner back Jamie Porter, in action here against Doora-Barefield, impressed for Monaleen in their victory over South Liberties in Section B of the county senior hurling championship at Caheconlish

RESILIENT Monaleen battled back from falling six points in arrears in the opening half to record a deserved 1-15 to 0-12 victory over South Liberties in Section B of the Limerick county senior hurling championship at Caherconlish on Saturday evening.

When a slick South Liberties side thundered into a 0-7 to 0-1 advantage after 15 minutes, with Brian Garry, Brian Ryan, three points from placed balls, Brian Garry, Barry Nash and David O'Neill all contributing scores, Monaleen looked to be facing an uphill task in the contest.

However, a Mark O'Dwyer goal from an 18th minute penalty, ignited Monaleen's challenge. Given all of their opening quarter dominance, a one point advantage, 0-8 to 1-4, was scant reward for 'Souths' at half-time.

Monaleen grew into the ascendancy in the third quarter, led by the excellent Jamie Porter at corner back, while the likes of David Moloney, Lorcan Lyons and Andrew La Touche Cosgrave became more influential.

While South Liberites managed just four points in the second half, Monaleen, backed by the breeze, racked up 0-11.

* See print edition of the Limerick Leader for a full match report.