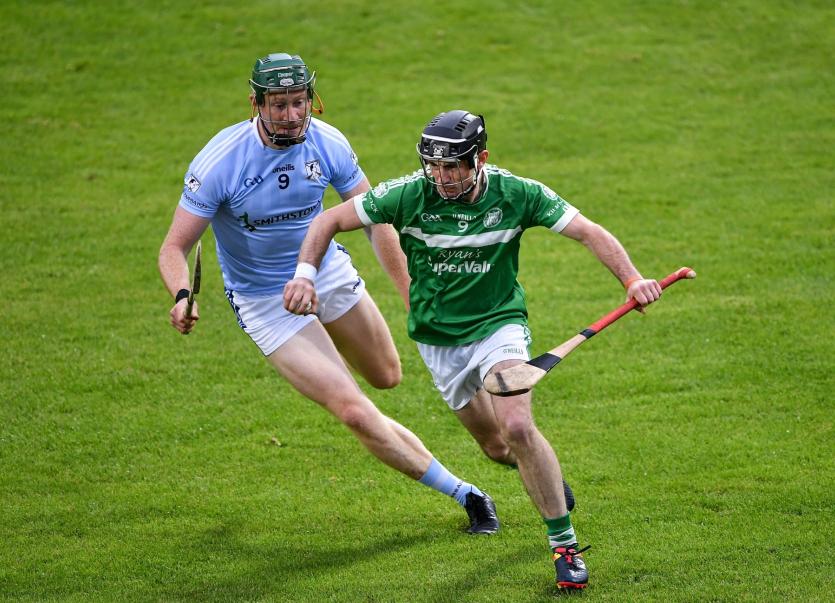 FAVOURITES Na Piarsaigh were beaten by Kilmallock in round one of the Limerick SHC this Friday evening.

The Tony Considine managed Kilmallock were led to victory by a return of 1-4 from Graeme Mulcahy.

It was his 12th minute goal in the second half that propelled the south Limerick men to victory.

It was an opening half in which Kilmallock had the aid of a gentle breeze and the sides were level on three occasions.

Graeme Mulcahy opened the scoring for Kilmallock but Na Piarsaigh then raced clear and were 0-6 to 0-1 ahead before the stopwatch reached 10-minutes - Peter Casey, Adrian Breen and Thomas Grimes on the mark from play.

But Kilmallock soon settled and Micheal Houlihan, Paudie O'Brien and Kevin O'Donnell were among the scorers as the lead was reduced to a single point by the mid-point of the half.

With Casey and Mulcahy exchanging points, the game was level at 0-7 each on 21-minutes.

Then came the first goal - a superb finish from Adrian Breen.

With William Henn adding a point from a free, Na Piarsaigh looked set to take a lead into the break.

But in first half injury time Oisin O'Reilly crashed the ball to the net to tie up the contest again.

It fell to another Henn free to edge the Caherdavin side ahead at the interval.

The scores dried up early in the second half but two Houlihan frees had the game level, 1-12 each with seven minutes gone.

But Kilmallock were now on top and hit six out of seven scores across a 10-minute period.

The goal came from Graeme Mulcahy in the 12th minute of the half.

Kilmallock were to score just once in the final quarter but Na Piarsaigh were off the mark with some chances and couldn't catch up.