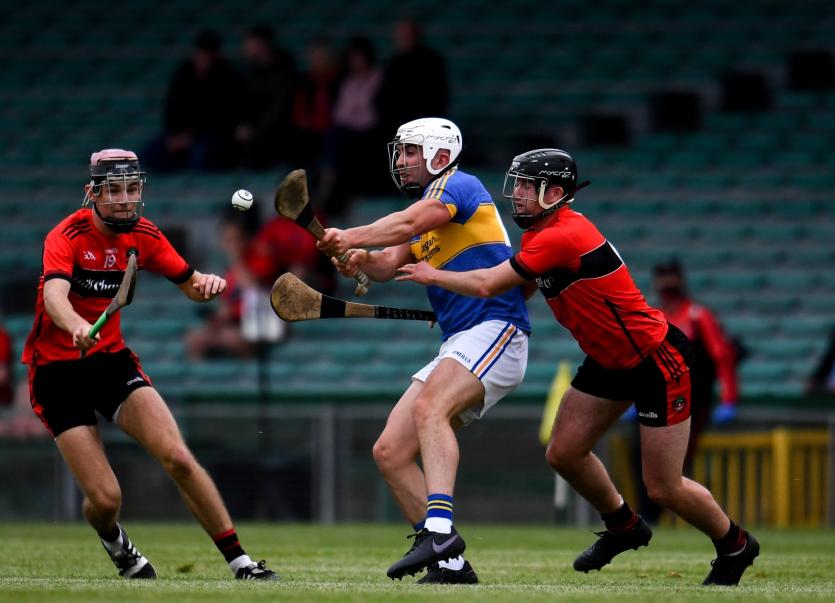 CHAMPIONS Patrickswell are off to a winning start in the Bon Secours Limerick SHC.

In the LIT Gaelic Grounds it finished Patrickswell 3-23, Adare 0-26.

Adare had led by seven points early in the second half but Ciaran Carey's Patrickswell found their feet with two quickfire goals in the final quarter.

Aaron Gillane ended with 2-4 from play for the winners but the scoring star of this entertaining game was Adare's Willie Griffin with 0-14 - half of them from general play.

Adare played with the aid of a gentle breeze in the opening half and were good value for a 0-17 to 1-9 lead at the interval.

It was a half in which the sides evenly shared 14 wides and were level on five occasions in the opening half.

Patrickswell led 1-6 to 0-8 after 14-minutes but added just another three points in the half, while Adare hit nine.

Joe Sweeney and Charlie McCarthy had early scores to settle Adare but then in the fifth minute Aaron Gillane goaled for The Well to move into a 1-2 to 0-2 lead.

Centre forward Declan Hannon and Willie Griffin hit back but again Patrickswell regained the lead with Kevin O'Brien on the mark.

By the time the water break arrived on the 16th minute, Adare were 0-10 to 1-6 ahead with Brendan O'Connor and Mark Connolly getting on the scoresheet from the full forward line.

Willie Griffin was to end the half with nine points and two from play helped move Adare 0-14 to 1-7 clear on 22-minutes.

Patrick Kirby attempted to kick-start Patrickswell with a point but Adare continued to dominate and Griffin and O'Connor had points to end the half and ensure a five point half time lead.

Griffin continued his scoring spree after half time and soon his Adare side were 0-19 to 1-9 clear and just seven minutes lapsed in the new half.

Bit by bit, Patrickswell found their feet and hit five of the next seven points between the 8th-16th minutes to leave it 0-22 to 1-17 at water break time - Gillane, Kirby and Cian Lynch among their run of scores.

Two goals in four minutes then turned the game on it's head.

Aaron Gillane had the first of the two to regain the lead for his wide.

Adare again levelled but The Well found another goal through Kevin O'Brien to lead 3-17 to 0-24 and 51-minutes played.

In injury time, Adare had goalkeeper Bryan Curtin sent off for a second yellow card offence.

Adare must now regroup to play Adare next weekend.