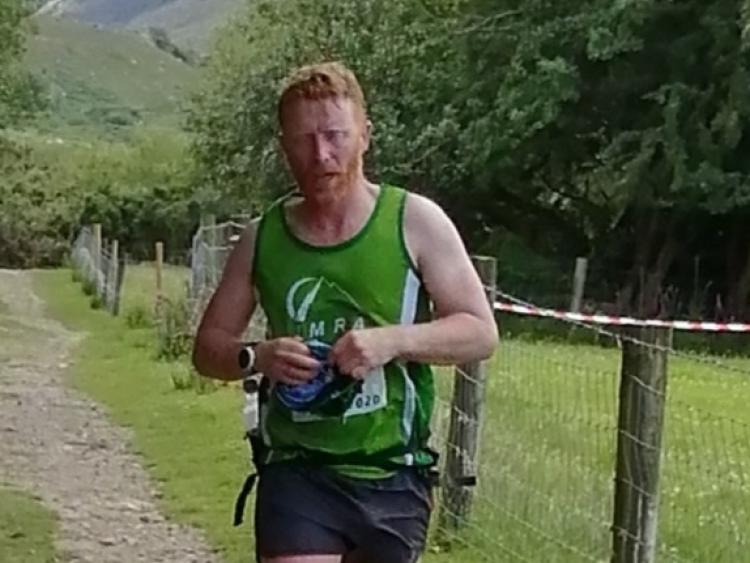 THE much anticipated moment we had  all been waiting for finally came in the shape of a 15km mountain run with a climb of 1,100 meters on the trails of Carrauntoohill.

Cronins Yard was host venue for the first race of the IMRA Munster return to competition last weekend. The day, the mountain, the incline and the anticipation was greeted by the over-joyous contenders.

The race started from Cronin's Yard and climbed gradually through the Hag's Glen until almost the bottom of the Devil's Ladder. From here the route headed onto the zigzag path which took them onto a steep uphill singletrack emerging close to the summit of Cnoc Na Toinne.

Turning right and running the ridge before dropping perilously into the col between it and Carrauntohill. The final upward leg was straight to the summit of Carrauntohill and returning via same route.

For the first 1k it was compulsory for all competitors to wear a buff/face covering before the field of runners began to break up and spread out. Out for the club was Tom Blackburn Mary Louise Ryan Dariusz Gazdowicz Jason Collins Robert Cunningham Liam O'Donnell and Damien Hoilan.

Tom Ponders On The Winning Formula

As we go through life we often ponder on its mystery’s, everyone has their own formula worked out and this is my take on one of them.

I have always felt that to focus on an event and to train specifically for that event, you are in with a chance, but it takes more than that, do you need to be the best? I don’t think so but you have to be close.

As reference to this point I would say Sonia O'Sullivan was the best female middle distance runner that Ireland ever produced, but she never managed to win Gold at the Olympics.

Eamon Coughlan was never beaten in 7 years and was known as King of the Boards, but he didn't manager to win Gold at the Olympics. If you follow soccer rugby or Gaelic you will see that often the best team may not even make the final. Why is that?

I started running to get fit in my mid to late 20s and ran my first race in my 30s, I may have won a fun race along the way but didn’t win a competitive race until my mid-30s.

I have never been a serious runner in the sense that my quickest times are slow compared to even good club runners, but I have managed to win plenty of races, due to the fact that I know what my skills are and I know how to make the most of them.

Over the years I have even won a few titles along the way. I also believe that along the way I have won races that I should never had a chance of winning. I suppose what gets you there at times is attitude, if you believe you can beat someone, if you don’t care who they are, if you just go for it.

Over the years I have found some people are very easily put off, if you dominate the start line and just put yourself in the best position others begin to second guess themselves and when doubt creeps in victory can be yours.

I have found if you give yourself the chance and believe you can, then the magic can happen. If you have you have a reputation people get distracted forget their own game plan and sometimes lose their nerve. I suppose with going on a huge rant, you have to be in the right frame of mind.

Years ago I was on a pub’s dart team in England one of our players was absolutely brilliant I seen him hit 180 on several occasions, he would seldom score less than 100. But on Wednesday night when it was his turn to play his match he could hardly hit the dart board and on some occasions he didn’t.

I played pool with a pub in England for a while as well and found it possible to beat guys who would normally breeze by me in a private game. To be honest I would be as nervous as a cut cat myself but, you need to have control over your nerve at times.

You also have to keep going even when it looks hopeless, stick to your guns and keep going there is a lot to the old saying, (When the going gets tough the tough get going).

I have a friend who does what I call the mad stuff, you know 50km, 100 mile races and so on. He was looking at running a certain long distance race and looked at the previous winning times and discovered that if he stuck to 10-minute mile pace instead of going out really fast at the start he could catch and beat runners who were much faster.

Leader Funding
Back in 2017, the club applied for a grant under the sports capital programme scheme of 2017.

A few months later in 2018 we received the news that we had been successful in our application and funding to the total of €9,500 was granted to the club by the department of transport, tourism and sport.

The purpose of grant was to provide improved facilities for club members and the wider community by improving the track at the community field and providing improved lighting at the track along with other funding received by local groups.

Training
We are back at training on Tuesday and Thursday nights between 7 and 8 pm for adults only. Our set up has a new framework that we have to incorporate into our training schedule.

For contact tracing pre-booking is essential through our online booking system for our current members.

Newbies: Always Welcome
Should you have interest in joining us at our training sessions please message us via our social media page Mooreabbey Milers AC on facebook and we will point your running shoes in the right direction.