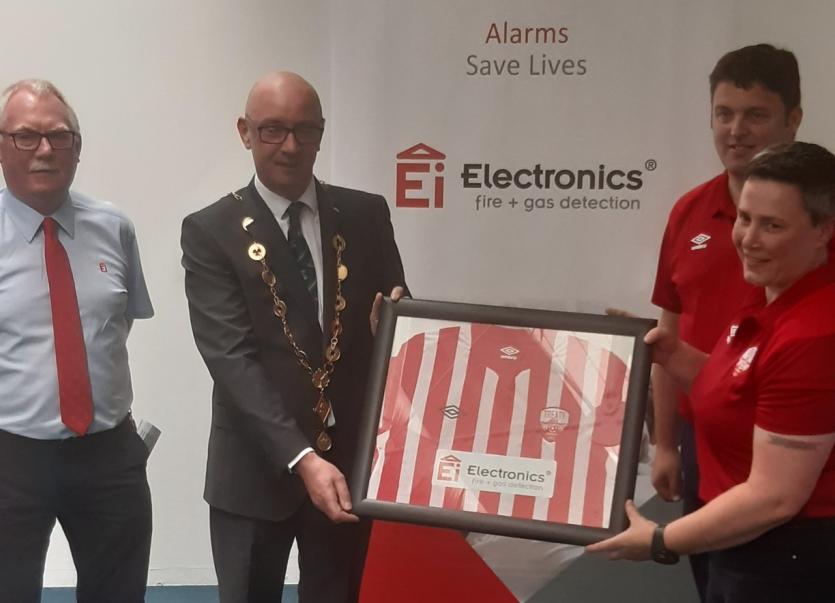 LIMERICK'S Treaty United unveiled their new jersey and sponsor ahead of the start of the 2020 Women's National League season at a special launch at Istabraq Hall in County Buildings this Thursday evening.

Mayor of Limerick Cllr Michael Collins officially launched the club’s 2020 season which will see Treaty United compete at senior women and U17 level in the Women's National Leagues.

Shannon-based EI Electronics, an acknowledged global leader in the design and manufacture of Fire and CO detection products for the residential sector, were confirmed as Treaty United's new sponsors.

The board have met a number of times in recent months via Zoom and in person to cement the plans for this season and importantly future plans for the club at national level.

Chairman Conn Murray said: "It has taken a huge team effort to get this far, we are delighted the women’s representative sides at U17 and senior level are looking forward to their new season’s, I’m thrilled with the level of support they have already received.

"I’m extremely happy at board level we have secured the support and energy of key figures to bring a fresh outlook in re-energising senior football in Limerick, we look forward to working with everybody who has an interest in developing football in Limerick."

The Women's National League fixtures are due to be released at 12 noon this Friday.</p

Just some of the pics from tonight's jersey and season launch. Our huge thanks to @cllrmcollins our Mayor for hosting and @EiElectronics for their unbelievable support for the club and women's football in the region. We look forward to more exciting news in the coming weeks pic.twitter.com/F1cIrkT30L