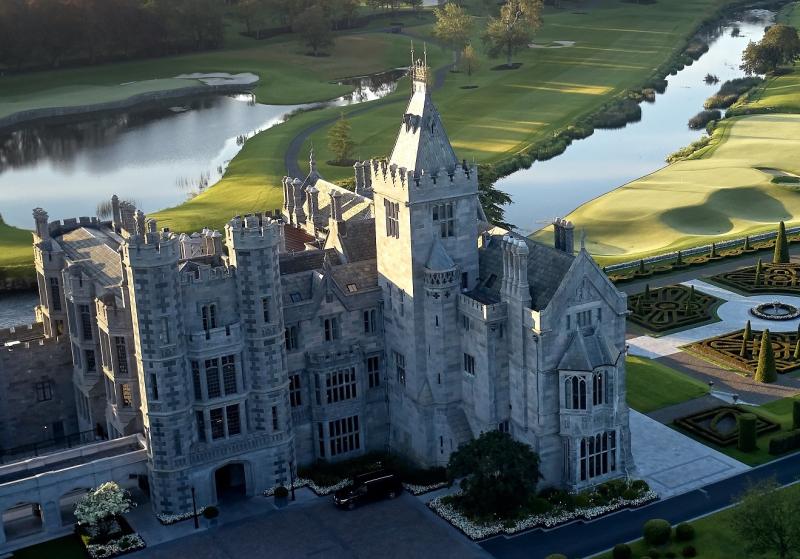 Adare Manor will now stage the Ryder Cup in 2027

THE pushing back of the Ryder Cup to be hosted by Adare Manor to 2027 means the renowned Co Limerick venue will now host the biennial match in the centenary year of the event.

The PGA of America, Ryder Cup Europe and the PGA TOUR jointly announced on Wednesday that the 2020 Ryder Cup will now be played one year later than originally planned.

As a result the match between Europe and the USAs top golfers now set to take place in Limerick at Adare Manor in 2027 rather than 2026.

The Adare Manor Hotel and Golf Resort, owned by Limerick financier JP McManus, will host the Ryder Cup 21 years after K Club became the first Irish venue to host the biennial match between the top professional golfers of Europe and the USA.

Twelve months ago the Irish Cabinet signed off on a proposal that will pave the way for the Ryder Cup golf to be held in Limerick. The Ryder Cup in Adare could be worth up to €161 million to the economy and the three day event will be broadcast to more than 370 million homes around the world.

More than 270,000 people attended the 2018 Ryder Cup contest at Le Golf National in Paris to see Europe defeat the US.

In a statement, Adare Manor said it was fully supportive of the decision to postpone this year’s Ryder Cup at Whistling Straits, given the circumstances of the coronavirus pandemic.

The Adare Manor statement continued: "The health and safety of both fans and players is of paramount importance and we are wholeheartedly behind the decision made by the PGA of America and Ryder Cup Europe.

"For all upcoming venues hosting this historic event, there is a huge responsibility to ensure public safety and, given the uncertain times, the right decision has been made.We believe it is the incredible atmosphere created by the spectators that helps make the Ryder Cup so special, and we agree that the Ryder Cup this year without them just wouldn’t have been the same.

"As our own exciting plans for The Ryder Cup at Adare Manor in 2027 continue, where we’ll be honoured to now be staging the centenary year, we would like to wish Whistling Straits the very best in their preparations over the next 12 months."

Meanwhile, Minister of State at the Department of  Education and Skills, Niall Collins believes the postponing of this year’s Ryder Cup may have implications for the mid-west region.

Junior Minister Collins said: "I have spoken to my colleague Dara Calleary, the Minister for Sport, and his officials are in contact with the European Tour to discuss any knock-on impact on their schedule.

"Staging an event like the Ryder Cup will give Limerick and the whole region a chance to showcase the best of what Ireland has to offer international visitors, and even if there is a 12-month postponement to our opportunity to do that the mid-west will be ready to put on a great show.‘