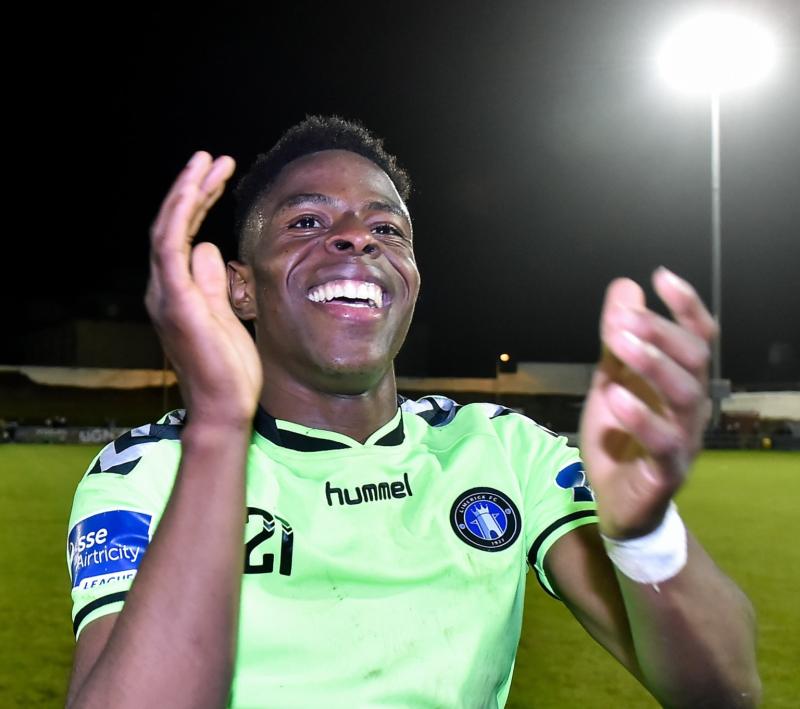 The FAI have now begun the paperwork on the eligibility process for 23-year-old Ogbene who was born in Lagos, Nigeria, but moved to Cork aged seven with his family in 2005. Ogbene currently plays with Rotherham United.

Chiedozie played schoolboy football in Cork, before being signing by Cork City in 2015. The highly rated winger then moved to Limerick in January 2017. After a move to England and Brentford in 2018, Ogbene spent a season on loan with Exeter City before a transfer to Rotherham in August of last year.

Ogbene made a big impact with Limerick FC in 2017 after joining the club from Cork City. He made 32 league appearances for the Super Blues, 29 of them from the start, scoring eight goals.

Ogbene also played every minute of Limerick’s run to the FAI Cup semi-final, netting in the First Round win over Cobh Ramblers. In total, he made 37 competitive appearances in 2018, scoring ten goals, to add to his 15 appearances and three goals with Cork.

A mainstay of Rotherham’s successful push for promotion in the season just ended, Ogbene was an ever present for the Millers in the shortened campaign and scored one goal as they finished runners-up in League One.

Ahead of the return to international football in the autumn, Ireland manager Stephen Kenny has also finalised his backroom staff as he counts down to September and UEFA Nations League games against Bulgaria, in Sofia, and Finland, in Dublin.

Ennis native Gary Seery has been appointed Assistant Analyst and makes the step up from the Irish Under-21 squad to work with Head Analyst Ger Dunne. The FAI Development Officer for Offaly, Gary is a UEFA A Licence holder and has also coached with the Clare District League representative side and St Kevin’s Boys Academy.

Danny Miller will join Kevin Mulholland as a Chartered Physiotherapist with the Senior squad for the new campaign with Colum O’Neill and Sam Rice joining the set-up as Athletic Therapists.

The current Dundalk FC physio, Danny is an Associate Lecturer at University College Dublin and completed his Masters Degree in Manipulative Physiotherapy in 2001 at Curtin University, Perth. He achieved the Musculoskeletal Physiotherapists of Australia Student of the Year Award (Manipulative Therapy) and the Vice-Chancellors Prize for Most Outstanding Research Project.

A graduate from the University of Ulster, Derry man Colum O’Neill moves up to his new Athletic Therapist role from a similar position with the Ireland Under-21 squad. Colum has also worked as a physiotherapist with Finn Harps, Derry City and Dunfermline Athletic.

Like Danny Miller, Termonfeckin native Sam Rice worked alongside Stephen Kenny at Dundalk for four years and with the Irish Under-21 squad for the Toulon Tournament. A graduate of Dublin City University, Sam has studied and worked in Ireland and Australia.

Completing Stephen Kenny’s backroom staff are Shamrock Rovers equipment manager Mal Slattery, on the Equipment and Kit Team where he is joined by Under-21 team kitman Fergus McNally. Mal has also worked with Shelbourne while Fergus has been kit manager with Bohemians and Longford Town.