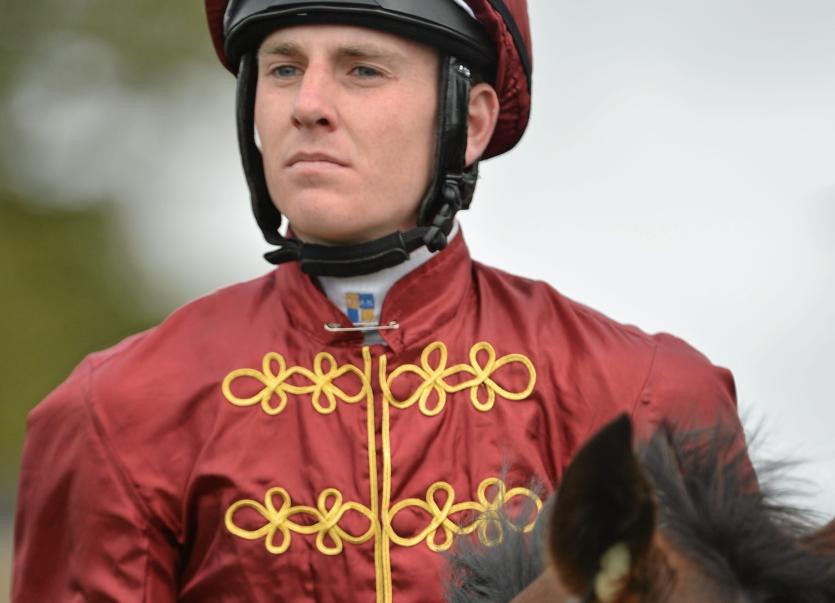 The stg£500,000 Investec Derby is the most valuable race in Britain and the most prestigious of flat racing's five Classics.

McNamara produced a bold front-running ride to score a famous win in the famed Classic.

Serpentine and highly rated horseman McNamara had built up a huge advantage by Tattenham Corner, and the exciting colt was not for stopping, galloping all the way to the line for a thrilling five-and-a-half-length success.

Winning trainer O'Brien claimed a record-breaking eighth Derby success, as the winner obliged at odds of 25-1.

After the race winning jockey Emmet McNamara said: "It feels surreal, really. I can't believe it. I hope Eric Mc (his dad) is ok at home, that he hasn't died of a heart attack or anything!

"It's unbelievable. Just a huge amount of thanks and gratitude to Aidan O'Brien and all his family. I have spent a fantastic six years there and to all the owners who showed a bit of faith in me today.

"I really appreciate it, huge."

"I think I got a little bit of a freebie. I Had a huge amount of confidence in the horse having spoken to Aidan (O'Brien) during the week. He filled me with confidence.

"Aidan said he was a horse that was going to stay a mile and six furlongs. He said, jump, go your own tempo and just, from half way after you've given him a breather from the six (furlong pole) to the five, you keep building to that winning post, he will keep going. God, he was right.

“There’s a thousand other lads in that weighing room more talented than me”@emmet_mac incredibly humble after his dream Derby win on Serpentine.#InvestecDerbyDay ⁦@EpsomRacecourse⁩ pic.twitter.com/728HZ2V5Gz

"I don't really want to be looking, so I wasn't aware, but I knew I was a few clear."

In-form jockey Emmet finished runner-up in the Dubai Duty Free Irish Derby at the Curragh last wekeend as his mount Tiger Moth, again trained by Aidan O'Brien, had to give way to stable mate Santiago in a thrilling finish to the Irish Classic.

"I couldn’t hear a thing around me. All I could hear was the horse breathing. I wasn’t aware but I knew I was a few lengths clear. It’s a bit surreal really. It’s unbelievable.” - Emmet McNamara

McNamara will look to score a second big race success in 24 hours when he rides Fort Myers in the Prix du Jockey Club, the French Derby, on tomorrow, Sunday.

His most notable wins on the racecourse include prior to his Epsom success came when riding the Aidan O'Brien-trained Port Douglas to victory in the Group 2 Beresford Stakes at the Curragh in 2015. McNamara also won the Group 3 Derrinstown Stud Derby Trial Stakes on the O'Brien-trained Douglas Macarthur in 2017