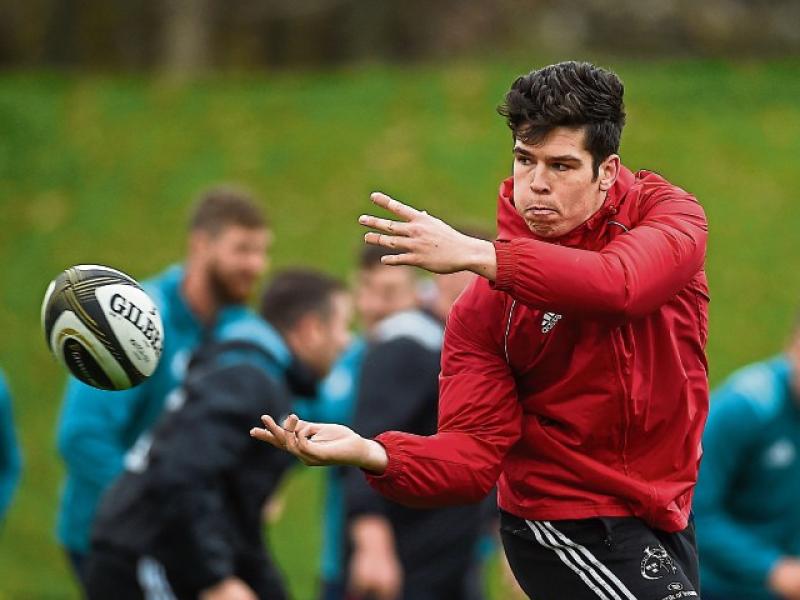 MUNSTER winger Alex Wootton has joined Connacht on a loan deal until the end of the 2020-21 season.

Wootton first made his Munster debut in September 2016 and has gone on to make 39 appearances for the province, scoring 13 tries in the process.

The 25-year old can play anywhere across the back three and has been capped for Ireland at Sevens and U20 level.

Wootton has linked up with the Connacht squad this week during the first week of pre-season training at the Sportsground, as preparations begin for the planned Guinness PRO14 interpro derbies at the end of August.

“I am really pleased to welcome Alex Wootton to the province. Alex is a very exciting back three player who has all the talent to take his game to the next level. His versatility across the back line will also help us as we look to compete on both fronts next season. As a Team, we’re looking forward to welcoming him to the Sportsground and integrating him into the playing squad.”

Alex Wootton says he is thrilled to sign for the club ahead of the new campaign.

“I am delighted to be joining Connacht Rugby for the upcoming season. After speaking to Andy and the rest of the coaching team it’s clear that this is a team full of ambition and belief, and I want to play my part in that. I can’t wait to meet the rest of the squad and begin preparations for what I’m sure will be a very exciting season.”