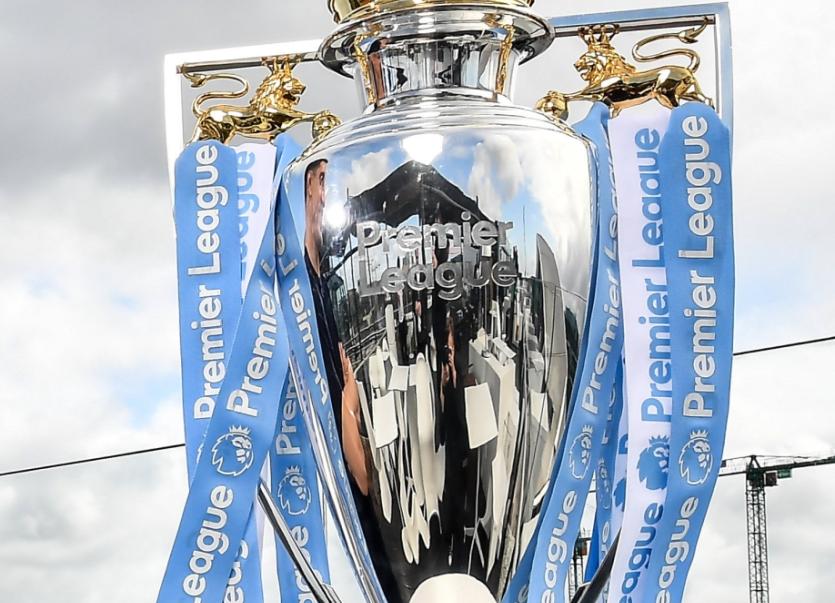 After a 100-day hiatus due to covid-19, topflight football in England returns on Wednesday with a double-header as Aston Villa host Sheffield United, before Manchester City take on Arsenal.

The football will be like football of a few months ago in terms of style, tempo and gameplay – we hope. However, there will be many things different – team-talks, shower rotas, sanitising, masked officials, and so forth.

There will be restricted access to team dressing rooms…for players, coaches, and medical staff only. Mascots, fans, and extended family will not be in attendance. There will be no pre-match handshake by the captains and the other players. This will be different. A new format. A different kind of normal.

Players were competing at a high intensity when matches were suspended, and the break will have been longer than between normal pre-seasons in England.

Despite training at home, players have probably not been able to do their usual exercise and conditioning routines, meaning a potential fall in levels of fitness and strength. That combined with a short period of time to train, recover, and complete the season means that players will be more susceptible to injury. We could see more non-contact ligament injuries, muscle pulls and miss-timed tackles leading to trauma. There could be more anterior-cruciate ligament (ACL) injuries as players may not have done as much in terms of pre-activation exercises as normal, such as banded glute exercises to stabilise the pelvis and knee.

Players will have undertaken a vigorous and graduated return-to-play timetable over the last 4-5 weeks to get back to physical and mental readiness. In the first week players will have completed risk assessments for potential respiratory and cardiac complications due to covid-19. We all read reports of some players coming back with positive test results.

Benchmark testing of cardio-vascular fitness and strength will have been established. Week two will have involved players completing exercises on grass, such as a box movement drill, combining running, shuffling, and backpedalling to help maximise multi-directional movement and cutting. Larger group involvement will have been the next step, along with more arduous physical work. Approaching the last two weeks of preparation, nuances of tactical play, positioning and technical ball drills would have been incorporated to bring players up to match sharpness levels, while socially distancing. In the final week physical contact will have taken place, based on a protocol given to clubs by the Premier League, with less physical distancing of course.

As part of this return-to-play schedule the battery of checks will have involved many elements to ensure players would be not susceptible to preventable injury or fatigue. Players are probably more at risk now than ever. Performance staff will have checked the muscles around the hip, knee, and ankle, as they are the main joints involved in soccer. Data will have been compared by the sports science department to levels before and during the season.

Strength will have been assessed, using machines such as an isokinetic machine which tests maximal strength and muscle endurance of the quads and hamstrings. Groin muscle resiliency will have been tested using hand-held dynamometers during squeeze testing. Ankle stability and balance will have been monitored. Load management in relation to time on the pitch, more substitutions and squad rotations will take place in the weeks ahead. Perhaps some players won’t be risked; there will be more rest given to key players to ensure they don’t break down and pick up knocks which could bleed into next season.

Movement tests will have occurred – examining reaction times, decision making under pressure, sprinting, jumping, deceleration. Examples of aerobic tests that will have been used to ascertain levels of fitness of the players would be the bleep test, yo-yo test and Vo2Max test. During a bleep test, players will run back and forth between two points 20m apart. The yo-yo test examines endurance assessment; the Vo2Max assesses lung capacity - players will wear a mask while exercising to record the maximum volume of oxygen that they can use, which is a good indicator of the efficiency of the cardiovascular system.  They might have had a lactate threshold test as studies indicate the higher the blood lactate concentration, the higher the fatigue in the muscles; this is an incremental running test on a treadmill where every few minutes a blood sample is taken from an ear and placed into a probe to test for lactate accumulation in the blood. It is a standard test for analysing the aerobic and anaerobic thresholds of athletes. These are all commonly used in professional sport and sports medicine clinical settings.

It will be interesting to see how empty stadiums impact the players performance. Some players feed off the frenzy and energy of the crowd. Some players cower with the deafening noise. Will players be able to raise their game as before without the all-important 12th man? Are “home” games somewhat negated now? Borussia Dortmund lost to Bayern Munich at home a few weeks ago in their “fortress”, the Signal Iduna Park. There was no yellow wall of flags and fans encouraging and motivating their beloved home team BVB on. It must have been a pivotal factor. Liverpool will not have their usual Kop, which usually frightens visiting teams.

Players will be playing for themselves nearly more than ever, rather than for onlooking supporters, as there will not be any. If a goal is scored in Old Trafford, young Daniel James will not have a corner of passionate red devil fans to run towards to celebrate a screamer with. We probably will not see a celebration like Ryan Giggs from years ago when he took his jersey off against Arsenal and ran around the pitch exciting the red army.

There was a movie called “Money Talks” in the late 1990s, starring Chris Tucker and Charlie Sheen; that title serves the premier league well now. TV rights and broadcasting means big money and the top league in the U.K. does not want to lose more ground to its competing leagues such as the Bundesliga, La Liga or Serie A. Games need to be played and televised. The season needs to be played out. A winner and relegation battle must happen.

Jurgen Klopp’s Liverpool return to action against neighbours Everton on Sunday in the Merseyside derby. The Reds' agonising wait for a title, having never won one in the Premier League era, is set to end this month. It has been three decades of hurt and watching title successes by Chelsea, Leicester City, Manchester United, Blackburn Rovers and Manchester City. They could be crowned champions against the Toffees at Goodison Park with a win, provided Man City lose their game in hand against the Gunners in mid-week. In any case, a win against Everton would set Liverpool up to secure their crown against Crystal Palace at a near empty Anfield the following Wednesday.

With the match set to be played behind closed doors what will that be like for the players? Will the bus parade take place? Will there be any kind of lap of honour? A title win without the presence of fans will be somewhat bittersweet for Virgil van Dijk and his troops, but something they still crave and deserve.