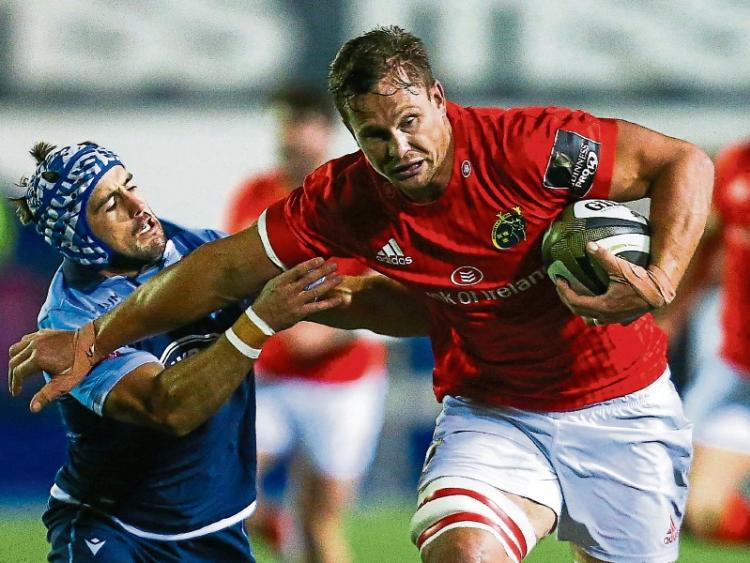 The powerful back-row forward scored eight tries in 43 appearances and is Munster’s top try-scorer this campaign.

Botha is the first departure, to be confirmed by the province, with media reports last week suggesting that Conor Oliver and Sammy Arnold were also set to leave this summer.

The Garryowen club duo are rumoured to be heading up the M18 to Connacht where they will join Andy Friend's squad for next season.

Another Garryowen star who could be set to switch red for green is Alex Wootton.

The back, who lined out for the ‘light blues’ this season in the All-Ireland league is a target for Connacht who feel his ability to play in several positions would make him a key member of the backline at the Sportsground.

Munster Rugby have already confirmed the signings of Damian de Allende, RG Snyman and Matt Gallagher for the coming season with Leinster tight head prop Roman Salanoa also rumoured to be switching from Leinster to Johann van Graan's side.

Should Salanoa sign a contract, it would leave Munster with John Ryan, Stephen Archer, Keynan Knox and Ciaran Parker on the depth chart for the number three shirt, with Parker's contract set to end this summer.

Munster Rugby are still waiting on the PRO14 organisers to confirm if this, Covid-19 hit season, will be concluded when rugby returns after the August 10 date set by the government.

Should the 'current season' return, Munster Rugby are seeking clarity from the organisers surrounding the eligibility of their new signings Snyman and de Allende.

Both are expected to arrive in Ireland once travel restrictions are lifted and both would be considered ‘eligible’ to play for Munster should the PRO14 allow them to be added to Munster's squad for the remaining games of the 2019/20 season.

Also this week, Munster head coach Johann van Graan confirmed to fans, through the ‘state of play’ update from Munster Rugby, that he is looking to add another senior coach to the set up.

Munster currently have Graham Rowntree, Stephen Larkham and van Graan coaching the senior side, with another coach expected to be added to the ‘ticket’ ahead of any on field return.

With Colm McMahon having left the academy and development role to take up the head of domestic rugby portfolio, Munster are also expected to make an new appointment at that level also.