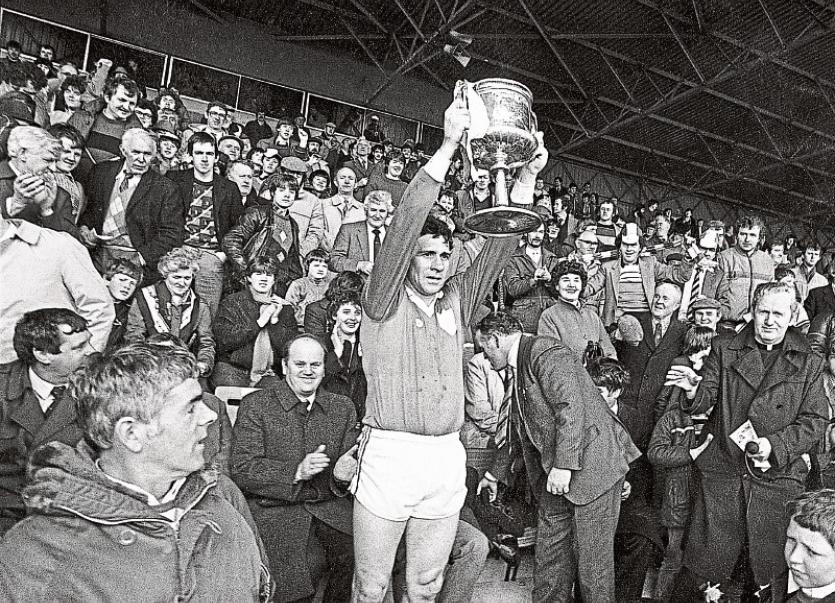 THE Allianz Hurling League final was to take place this weekend.

Three weeks ago John Kiely’s Limerick were just a semi final victory away from reaching back-to-back league finals for the first time since 1984 and ‘85.

Limerick won both those final appearances in the ‘80s – the last back-to-back success for the men in green and white in the National Hurling League.

Nineteen games across the two seasons returned silverware from Thurles finals – both captained by Leonard Enright.

It was an era when Michael O’Grady and Noel Drumgoole were in management roles with the likes of Noreen Lynch and Tim Crowe as physical trainers.

Kilmallock’s Paddy Kelly was top scorer for Limerick in both league winning seasons – notching 3-31 in ‘84 and 4-32 the following season.

“We had a good team – lots of good hurlers,” said Paddy Kelly this week.

“In the championship, we always seemed to meet Cork in the first round,” he recalled of a Rebel side that won five Munster SHC titles and two All-Irelands in the mid-80s.

Back they came the following year to go one better.

Seven group games returned five wins, a defeat to Cork and a draw with Clare.

Tipperary in Thurles were the semi final opponents.

“I remember that win because I did an interview with I think the Irish Independent for that game. I was a PE teacher in the Abbey CBS in Tipperary Town and of course 95% of the students were Tipperary. It put me on a bit on edge maybe and I never practised frees as much. For every one I scored, I missed the next one but Michael O’Grady stuck with me and in the end I broke through to get the winning goal – From villain to hero was the newspaper headline,” smiled Kelly.

Limerick were 2-10 to 1-10 winners over Tipperary and it was back to Semple Stadium to meet Wexford in the final.

In a year when Joe McKenna hit 8-10 across nine games in the league, Limerick were 3-16 to 1-9 winners in the final – an eighth league title for the Shannonsiders and a first since 1971.

“The league was hard won and everyone took it seriously. The conditions wouldn't be great because pitches were not as good and the sliothar wasn’t as light,” recalled the 1984 All-Star.

The following year Limerick had a 10-game run to retain the title – the first time since the 5-in-a-row of the ‘30s.

Pat McCarthy was one of the new kids on the block and hit 8-7 in the league.

Limerick won four and lost three group games and then had three trips to Thurles in the knockout stages – Dublin in the quarter final and Offaly in the semi final.

That set up an April 14 league final – Limerick 3-12 to 1-7 winners over a Clare side that had current Limerick senior hurling coach Alan Cunningham in midfield.

Any three in a row dreams were ended in the quarter final of the 1986 league by Kilkenny.