The day Ballybrown broke the mould in Croke Park 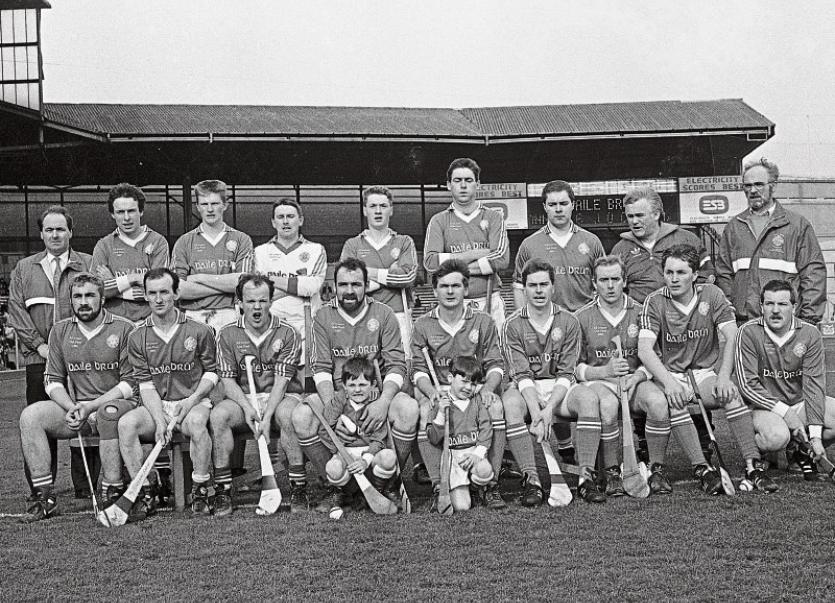 Not March 2020, but March 1990 when on St Patrick’s Day Ballybrown became the first Limerick side to appear in an All-Ireland club SHC final.

“They were extraordinary times. When you think about it, two teams from the one parish – Ballybrown and Patrickswell won five successive Limerick SHC titles and three Munster titles. There probably wasn’t enough made of that at the time,” John Loftus told the Limerick Leader this week on the 30th anniversary of their Croke Park final loss to Kilkenny's Ballyhale Shamrocks.

“I would say we did things very professionally for the time. Once we won the county final in 1989 we went to all games in buses and had full tracksuits, etc,” recalled Ryan of the club’s first Daly Cup success.

The Clarina men beat Doon in the county final and Roanmore (Waterford), Clonoulty-Rossmore of Tipperary and Sixmilebridge (Clare) to win the Munster title.

The following Spring, Ballybrown were off to Antrim to play in the home ground of Loughgiel Shamrocks in the All-Ireland semi final.

“We hired a train!” laughed Loftus.

“It was unheard of at the time but we hired a train to bring us up north and we did the same for the final. To bring 1000 people up to Antrim for a semi final was incredible and it showed the level of good will that was around the county towards us.

“Loughgiel had seven of the Antrim team that had lost to Tipperary in the All-Ireland final the year before – the likes of Olcan McFetridge, Niall Patterson and Dominic McKinley,” recalled Loftus.

On the opposite side of the draw were Kilkenny’s Ballyhale – two time All-Ireland champions.

“They were just that little bit better.”

He explained: “We were ahead with about six minutes to play but they got a few scores. We conceded a bad goal before half time. In the end we lost by a goal but scored 16-points and at the time that was the highest score for a losing side in the club final.”

Over 15,000 attended the All-Ireland final, on a day when Baltinglass of Wicklow defeated Roscommon’s Clann Na nGael in the football decider.

“We went up by train and on the morning of the final we did our run out in St Vincents before going onto Croke Park,” he recalled.

Ballybrown were captained to that 1989 county title by Terence Kenny but according to John Loftus there were leaders all across their team.

“There were serious leaders in the team and one thing as well they were a big team – almost ahead of their time when you look at team nowadays. The likes of John Kenny, Terence Kenny, Pat Davoren, Shane Adams, Peter Mulqueen, Joe O’Connor were all big men and we were a big strong physical team.”

He continued: “We had a very good team from ‘87 onwards – maybe even they were at their peak in ‘87 but we lost the final by one point to Patrickswell, who went on to win the Munster title. And, again in ‘88 Patrickswell beat us in the opening round and it was straight knockout back then  – that game was actually the first played in front of the new Mackey Stand in the Gaelic Grounds, even though it hadn’t been officially opened.”