Opinion: 'Is Rugby in danger of losing its unique selling point?' - Donn O'Sullivan 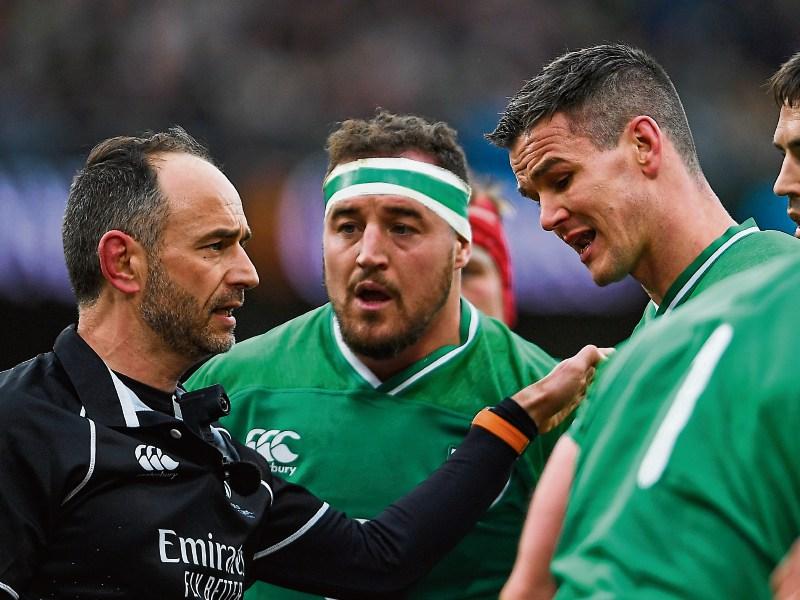 Rugby Union has several unique selling points, may of which are alien to fans of other sports.

Clapping opponents off the field in a tunnel format, silence for kickers and scrums, to name just a few.

One of the most stand out differences however has always been the relationship between players and the referee.

Rugby referees the World over enjoy a safety net of respect. One that comes with years of tradition and values of the game.

A referee, at any level, can walk on to the field and know he will get the respect his position deserves. Contrary to my ‘forward orientated’ friends who believe you cannot play rugby without the big men, you can't play anything without a referee.

The man in the middle has more often than not received the respect his position deserves on the rugby field, more than any other sport.

However, that respect was built on a two way street. The referee was front and centre in terms of being open to chatting with the captain and vice versa.

In the last number of seasons however, this tradition is being eroded. The ‘art’ of being a captain is becoming less and less important.

The advent of ‘ref mics’ has only highlighted the amount of opinions being given to the referee at any one time. Too many.

Munster fans will remember, not so fondly, the interactions between Paul O'Connell and Romain Poite over the years, which by the end were more one sided than a conversation.

The same can be said for last weekend as Alun Wyn Jones so articulately put it in his post match press conference.

“I’ve got 138 Tests for my country. If I react, I get a red card. It’s tough, isn’t it? Hopefully World Rugby have a look at it. Joe’s a good bloke, lots of things happen on a rugby field.

“It’s difficult as a captain these days because you can’t speak to a ref about anything, it feels. There’s a lot of footage that has been shown, it seems like a lot of supporters saw what happened. It’s very frustrating that we talk a lot about TMOs and footage reviews, yet there doesn’t seem to be a lot of it happening.”

The key line there is the line about the referee. Jones, who had his genitalia grabbed by another player, felt he couldn't talk to the referee. That should be a watershed moment for rugby.

Already you can see some of the more ‘vocal’ players are being named captain, in a round about way of allowing them to voice their opinions, but the referees need to play ball too.

Too often we hear over the commentary, ‘get back, get back’ as the referee dismisses the captain.

We have seen over the years (Conor Murray) that some of the players are more in tune with the laws than others and they can often spot a referee error before others, even the referee can.

Rugby's unique selling point is in danger of being lost. The respect on the field, like respect in all walks of life, is a two way street.

Rugby is trying to fix new issues arising from CVC money, paywalls and tackle height, but they must not forget the age old policies which made it different to begin with.