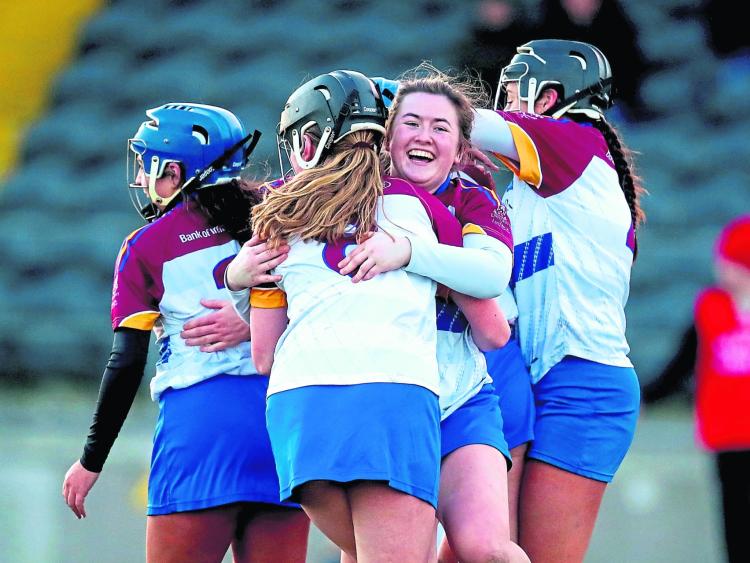 UL celebrations at the end of the 2019 Ashbourne Cup final

THERE is strong Limerick representation across a number of teams this weekend as silverware is decided in the four tiers of the Higher Educational Camogie Championship.

Waterford IT is the host university with action on Friday, Saturday and Sunday - there are a total of 18 different players from Limerick registered to play with six different panels across the weekend.

UL go in search of five successive titles in the flagship Ashbourne Cup.

The Ashbourne Cup final is set for Sunday at 4pm.

UL are managed by Adrian O'Sullivan with Niamh Ryan, Willie Banks and Cait Devane as coaches. Sile Moynihan, Kieran McDermott and Sean Smyth are selectors in a backroom team that has Darragh Kennedy as strength and conditioning coach.

Elsewhere in the Ashbourne Cup, part of the UCC panel is Noirin Lenihan (Croagh-Kilfinny).

There is also Limerick interest in the Fr Meachair Cup - the semi finals are Saturday and final on Sunday at 12noon.

In the Trinity panel are Aine Doyle (Monaleen), Claire McNamara (Doon) and Laura Stack (Milford). UCC and UCD both have second string panels in the championship - Andrew Ryan (Doon), Geri Mai O'Kelly (Newcastle West), Natalie Lyons (Crecora) and Siobhan Condon (Knockaderry) with the Cork side and Orla Quirke (Tournafulla) with the Dublin side.