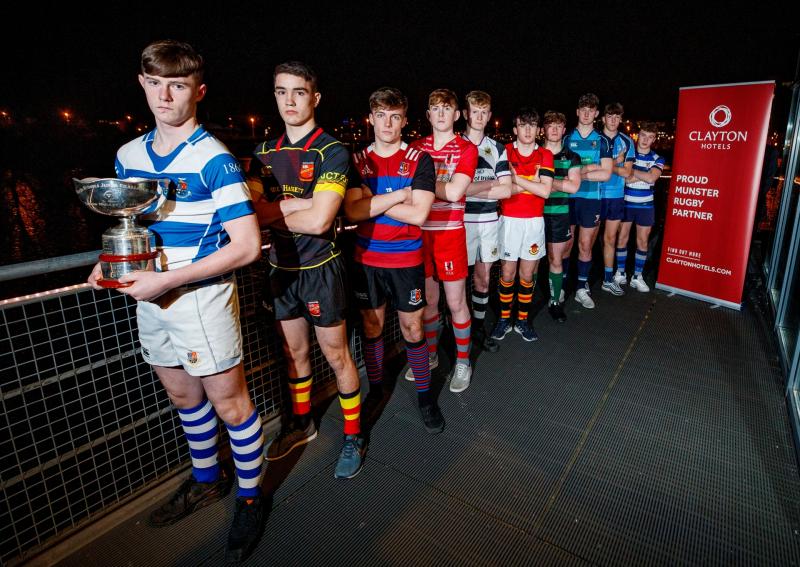 Árdscoil Ris will be looking to take the direct route into the semi-finals of the Junior Cup by beating Rockwell College in their second round fixture at Thomond Park, 2.30pm.

While victory for Árdscoil over their Tipperary rivals on Wednesday would see them advance to the semi-finals, the North Circular Road side would also get a second chance to progress via a quarter-final as a result of their table topping performance in the round robin phase of the competition prior to Christmas.

St Munchin's College are another Limerick side hoping to progress directly to the semi-finals of the Junior Cup on Wednesday as they face CBC, of Cork, at Musgrave Park, 2.30pm.

St Munchin's finished behind Árdscoil in second place in Group A and will also get a second chance to progress to the semi-finals, via a quarter-final, if they suffer defeat on Wednesday

Another Limerick side, Castletroy College, who are in action in Cork on Wednesday, do not have the luxury of a second chance. Castletroy take on PBC in a knock-out tie at Musgrave Park, 12.30pm.

Meanwhile, Crescent College ensured their progress to the quarter-finals of the Junior Cup with a 27-12 victory over Bandon Grammar School at Thomond Park on Friday last.