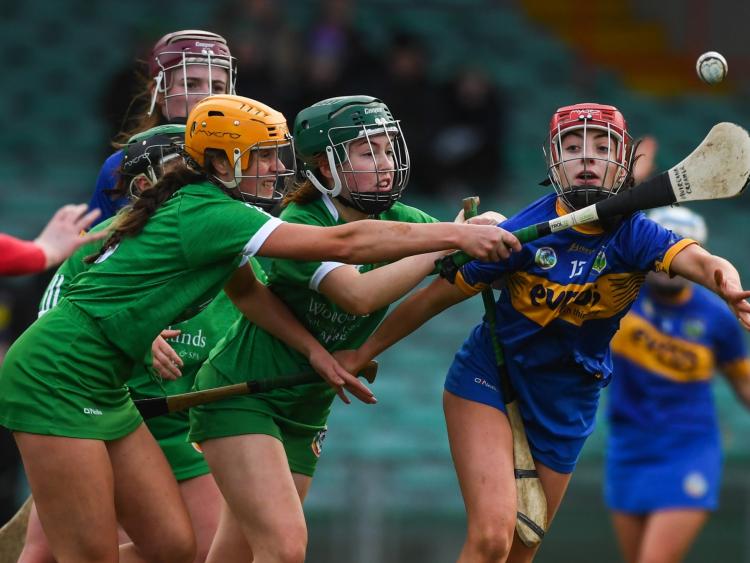 LIMERICK and Tipperary finished level in round one of the Littlewoods Ireland Camogie League this Sunday.

But many in attendance and the stadium scoreboard had the second part of the double-header in the LIT Gaelic Grounds finishing Limerick 1-6, Tipperary 0-10.

This was was the first competitive fixture for new Limerick manager Paul Sexton, who afterwards said he was content the scoreline was 1-7 to 0-10 however members of the Tipperary management didn't appear so certain.

Round two for Limerick is on Sunday February 23 when the are away to Galway.

This round one game was a repeat of last Summer's All-Ireland Senior Camogie Championship quarter final in Thurles, where Tipperary prevailed.

The breeze was aiding The Premier County in the opening half and they were two points clear before Limerick opened their account in the ninth minute with a Caoimhe Costelloe pointed free.

Then came the Limerick purple patch of the first half.

On 12-minutes Rebecca Delee somehow forced the ball over the goal-line after Orlaith Kelleher had helped create the opening.

When Costelloe added a fine point from play, the goal was the difference and the game just shy of the mid-point of the first half.

But Limerick were to score just once more in the half - a Costelloe free.

Tipp hit back to the run of Limerick scores with three unanswered points - Cait Devane leading the way.

When Nicole Walsh joined Devane on the scoresheet the game was level for the first time and 18-minutes played.

Costelloe (free) and Devane saw out the scoring in the half and the teams went to the interval dressing room all-square.

Tipperary had two early second half points and Limerick had to wait over 15-minutes to reopen their account in the second half.

That left the game Limerick 1-3, Tipperary 0-8 entering the final quarter, albeit there had been a lengthy stoppage for an injury.

The loss of Rebecca Delee through injury appeared to spur Limerick and they had three points in quick succession to lead 1-6 to 0-8 into the final quarter.

Both Neamh Curtin and Costelloe were among the scores from play.

But back came Tipperary with Devane (free) and Ciardha Maher points to regain the lead at 0-10 to 1-6 and there wasn't to be another score.

Although it now appears there was also another Limerick point, missed by this reporter and many others.