Opinion: 'US lead the way on media' - Donn O'Sullivan 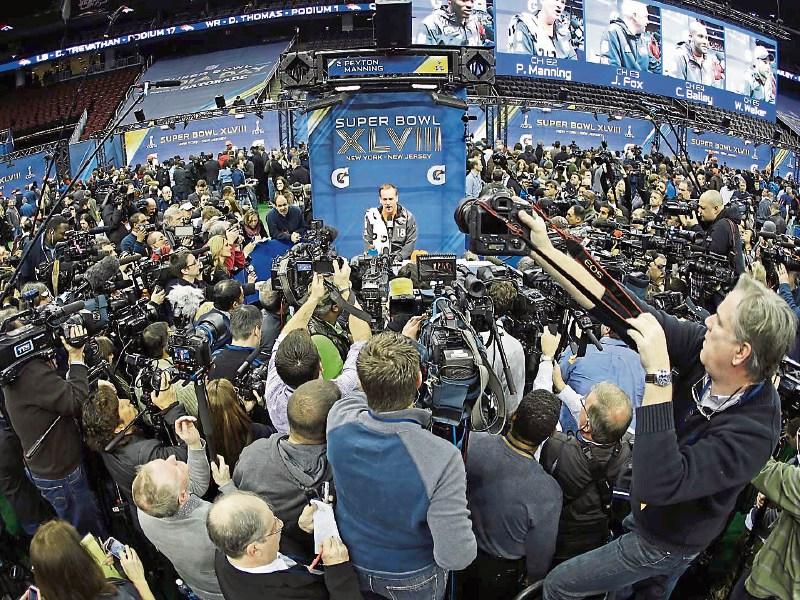 Sunday is Super Bowl Sunday. I am sure you either know this already, or you don't and you just don't care. The Super Bowl is the highlight of the American sporting calendar and is quickly becoming a mainstay of Irish households too. I am sure you know someone who is either hosting or attending a 'Super Bowl’ party.

The NFL has given us many things in sport. They have led the way in terms of coaching, fan engagement, strength and conditioning and all round brand management. They ‘own’ Sundays when their season is on.

Other sports have often taken the best bits from the league and used them to their advantage.

Stats, camera angles, microphones on players during the game and position specific coaches are to name but a few.

One thing, which sports outside of America, particularly here in Ireland, have failed to embrace, is the role of the media.

Keith Wood spoke this week on Off the Ball, about how his time as Ireland captain included a period where his team 'fought' with the media.

This week, Ireland will name their starting XV on a Tuesday, a complete shift away from the mindset by which Joe Schmidt ran his week.

On the week of the Super Bowl, every single player is available for interview. I won't compare that to an All-Ireland final, as they are amateur players, but compare it to Ireland and Munster in rugby, the Irish soccer team in the week of a big game and you see the difference.

The ‘open mindset’ of US sport teams creates a better relationship between players and the media, which in turn, gives the spectator and die hard fans more of an interest.

The role of the media has always been to deliver the message to a wider audience and that remains the case.

However now, teams are more interest in closing off those channels. They are looking to keep more and more for their own 'media sites'

These might give a good insight from time to time, but without proper questioning, are fans getting the real story? Maybe we should take one more thing from the NFL then.