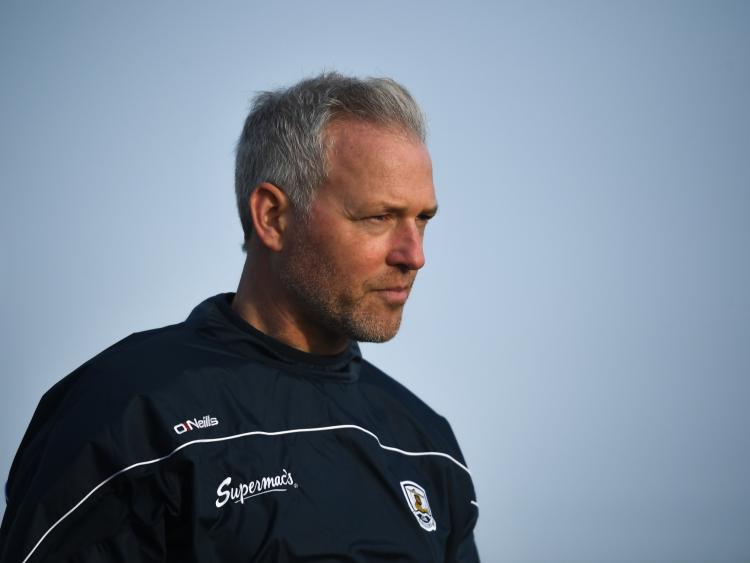 WHEN the Limerick and Galway hurlers last met Shane O'Neill celebrated Limerick's Liam MacCarthy Cup success in the stands of Croke Park, but this Sunday he attempts to plot their downfall along the sideline from John Kiely.

Remarkably, that last Limerick-Galway clash was the 2018 All-Ireland SHC final and this Sunday (2pm) the two counties renew rivalries in round two of the Allianz Hurling League in a TG4 televised tie from the LIT Gaelic Grounds.

Just four games into his Galway managerial reign, fate brings O’Neill face-to-face his the county he hurled for - winning a Munster SHC and National League, which was a final win in 1997 against Galway!

“It’s unusual in every respect to be managing in the opposite side to Limerick but I am really enjoying my time with Galway at the moment so I am looking forward to it,” Shane O’Neill told the Limerick Leader ahead of Sunday's tie against Limerick, who include nine players from O'Neill's Na Piarsaigh club in the extended panel at present.

He joked: “There are a few more Limerick people looking at Galway results now than maybe before”.

"When contact was made I put a lot of thought into it - I was well aware of the level of involvement it would take so I spent a lot of time considering it but when you think of the group of players that is up there, it was just a great opportunity to work with a serious group of hurlers. I remember going in as Na Piarsaigh U21 manager in 2011 and I wouldn’t even have thought of managing the Na Piarsaigh senior team but you get a gra for it and I got used to dealing with elite hurlers in Na Piarsaigh and when this opportunity arose, after considering it, I just decided to go for it," he recalled.

He brought life-long friend John Fitzgerald with him into the Galway set-up as hurling coach.

"We were in primary school together in Christ The King and then Ardscoil Ris and hurled together with Na Piarsaigh," explained O'Neill.

"It makes a huge difference even to have him to go to training and matches together and it gives us time to talk everything hurling. I’ve worked before with John and he is a fantastic coach and is excelling up there at the moment and I think the players are enjoying the sessions. John managed Murroe-Boher and Adare against us (Na Piarsaigh) - despite us warning him not to! He went on to do very well with Nenagh, who he brought to three county finals. He has been great," said O'Neill of the former club goalkeeper, who was involved with LIT in the Fitzgibbon Cup in 2019.

Another man that O'Neill hurled with is Limerick manager John Kiely.

Back in 1993 they played together in a Munster U21 hurling final loss to Cork.

"He was a good tough wing back - you had himself, Davy Clarke at centre back and Tagdh Hayes on the other wing; Joe Quaid in goals. At the other end, myself, John Anthony Moran and Michael Wallace in the full forward line - Eoin O’Neill was centre forward," recalled O'Neill.

"We lost by a goal to Cork in the Munster final after beating Waterford down in Waterford and they were the reigning All-Ireland champions and then we beat Clare and Cork beat us by a goal - Brian Corcoran and Barry Egan were their main two players."

O'Neill graduated into the county senior panel and between the Autumn of 1994 to 2000 he played nine times in the championship and 29 times in the league.

During his inter-county days he had to contend with his Clare hurling loyal father Mick, so having somewhat of a dual allegiance is nothing knew to O'Neill.

"With dad being an out-and-out Clareman it was always interesting when Limerick and Clare were playing. Something similar now I guess," he smiled.

As a player with Na Piarsaigh, Shane won county championships at junior, intermediate and senior and was then the first to graduate from playing with the club’s underage teams to manage their flagship hurling team when he was appointed as manager of the Caherdavin club in March 2014 - departing almost exactly four years later.

Fast forward less than six years and O'Neill will walk the sideline in maroon this Sunday in the LIT Gaelic Grounds less than a mile from the Pairc Ui Dromguil in Elm Drive, which shaped his hurling career.

“On Sunday we are just expecting a really tough match when you see the way they played against Tipperary, particularly in the second half - I’m expecting a real competitive match,” he said.

“You can see that they are trying out new players as well, as we have been doing and most counties. Still in the second half they were as impressive as they have been for the last couple of years.”

A partner with Sweeney McGann Solicitors on Limerick's O'Connell street, O'Neill spoke of a “very good bedding in period” in Galway.

“We are there since the middle of November - I think it's about 10 weeks in. We have looked at a lot of players and still are and looking to try to maybe finalise a panel for the remainder of the league after the Limerick game. I am really enjoying it - we have a great backroom team, management team and a very good core of players with young players coming on and they have been superb and eager to learn. We are learning a awful from them as well."

It's a Galway management headed by O'Neill with Fitzgerald as coach, and former Galway hurlers David Forde (Clarinbridge) and Fergal Healy (Craughwell) as selectors.

An All-Ireland SHC winning S&C coach in 2016 (Tipperary) and 2017 (Galway), Kirszenstein has been involved with South Liberties in the Limerick SHC in recent years and back in 2012 worked with John Fitzgerald when he was Limerick U21 manager.

"It has been a blessing because he (Lukasz) has all the data and information on guys for the last four years. It’s not just data and figures, it’s great that he knows the guys and their personalities - he has been a great sounding board for us," said O'Neill. 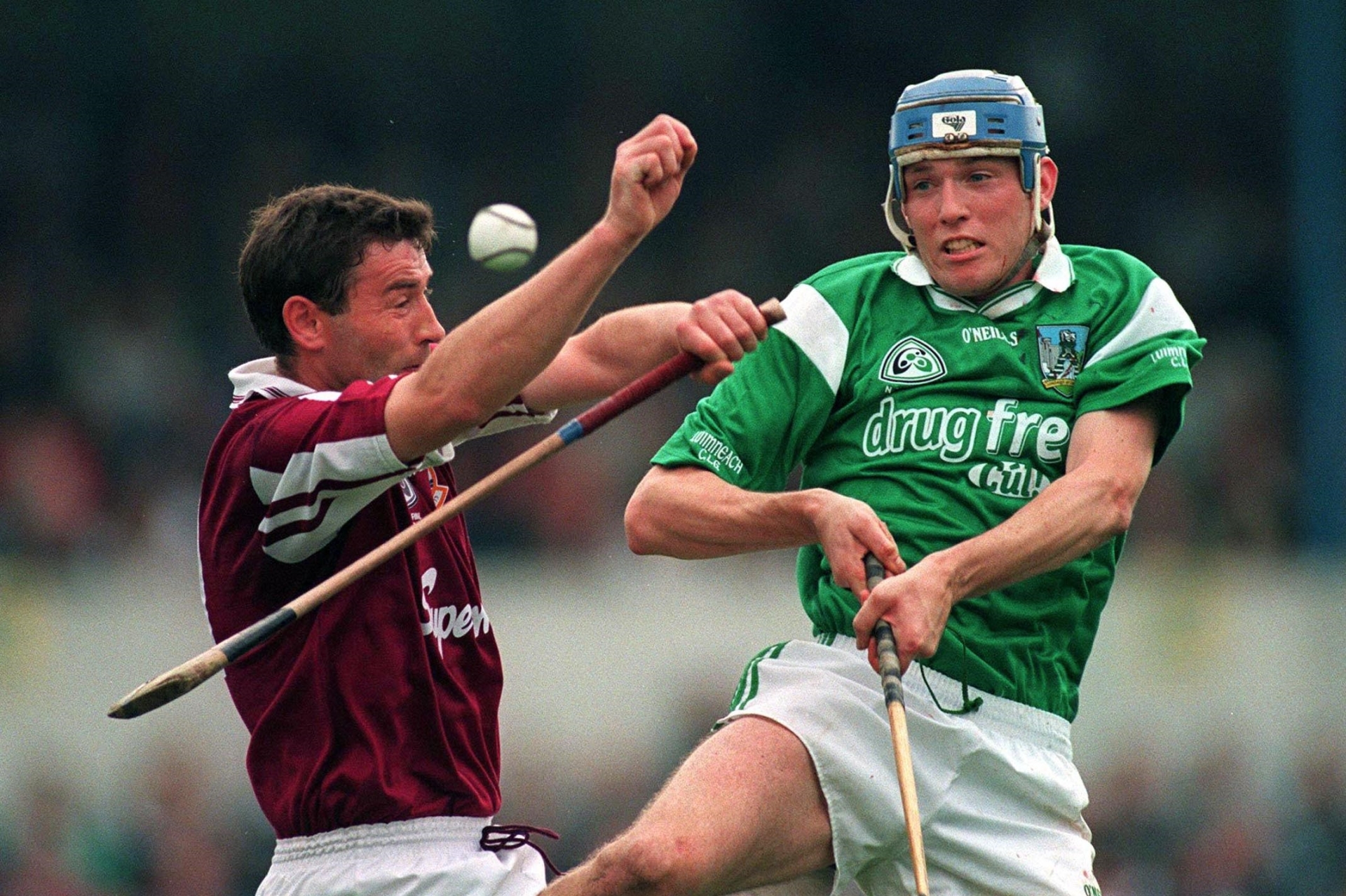