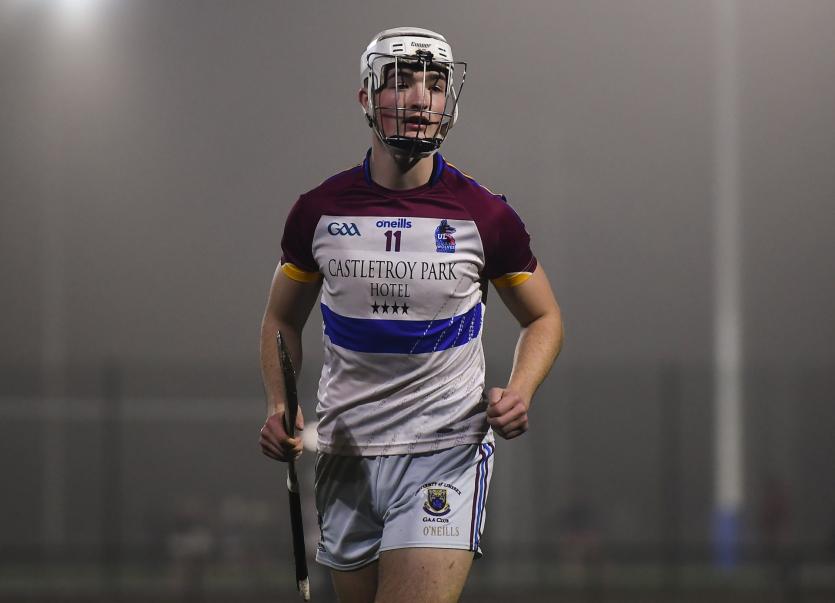 LIMERICK rivals Mary Immaculate College and UL meet in the quarter final of the Electric Ireland Fitzgibbon Cup this Wednesday.

Mary Immaculate enjoy home advantage for the 2pm tie, which is a repeat of their 2016 final clash.

The Jamie Wall managed Mary Immaculate have beaten TU Dublin, LIT and Waterford IT to reach the last eight, while the Gary Kirby managed UL bounced back from a round one loss to DCU to beat Trinity and Maynooth.

UL could be without inter-county star Kyle Hayes who suffered an ankle injury in last Thursday’s 0-21 to 1-13 win over Maynooth.

UL also had Ronan Lynch (Na Piarsaigh) in their line-up for that tie, while Ahane’s Ciaran Barry was introduced as a substitute.

Across the city, Mary Immaculate have used Patrickswell duo Jason Gillane and Josh Considine in game to-date, although Considine is an injury doubt.

The Limerick derby will see O’Loughlin brothers Micheal (MIC) and Paraic (UL) in opposition – the former Ardscoil Ris Harty Cup stars are from the Clonlara club.

In the UL side are Tipperary’s Jake Morris and Cian Darcy, Clare’s Shane Golden and Kilkenny’s Martin Keoghan.

The winner of the Limerick derby will advance to a February 8 semi final against IT Carlow or NUI Galway.

In the other side of the draw champions UCC have used a trio of Limerick man – Conor Boylan (Na Piarsaigh), Paddy O’Loughlin (Kilmallock) and Ronan Connolly (Adare), while DCU have Brian Ryan (South Liberties) in their ranks.

Football's Sigerson Cup final takes place this Wednesday between IT Carlow and DCU. Limerick and Gerald Griffins' Tommy Griffin plays with IT Carlow.