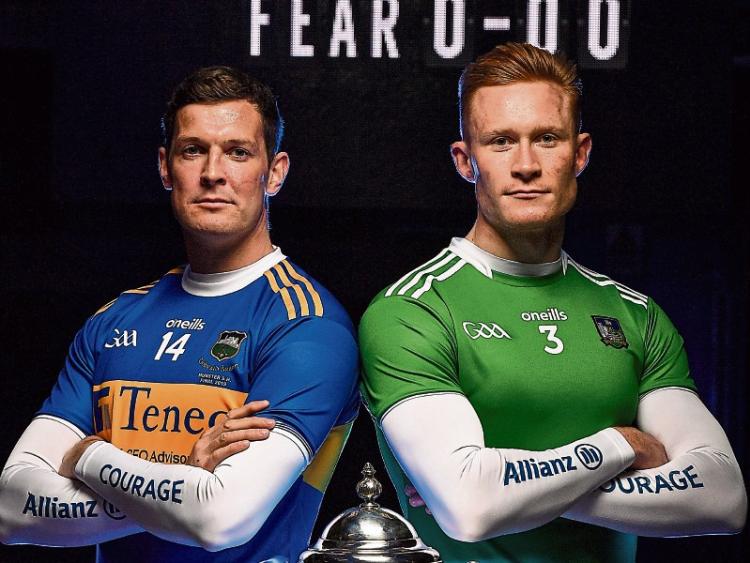 John Kiely’s Shannonsiders must go to Thurles for Saturday’s eagerly awaited round one tie in the new-look league. Incidentally, it’s Limerick’s first time playing in Semple Stadium in a group game since 2009 – Tom Condon the only Limerick player remaining from that game which Tipperary won.

Twelve time league champions Limerick set out as defending champions for the first time in 22 years – not since 1984-85 have Limerick put back-to-back league crowns together.

Limerick set out on defence of a league title that will be played under a new structure this season.

It’s also worth remembering that this is just Limerick’s second season back in the top flight of the league after eight seasons outside of the elite each Spring.

Division One of the 2020 league will see the twelve counties involved divided into two groups of six, with each having equal status. Only six teams will qualify for the knockout stages, compared with eight under the previous format.

Group A is comprised of Limerick, Cork, Galway, Tipperary, Waterford and Westmeath, with Carlow, Clare, Dublin, Kilkenny, Laois and Wexford in Group B.

The top team in both groups will qualify directly for the Allianz League semi-finals, with the second and third placed teams going into the quarter-finals. The bottom teams in either group will face a play-off, with the losers relegated and replaced by the 2A winners.

Limerick travel to Thurles and Cork with home games against Galway, Waterford and Westmeath.

If Limerick fail to reach the knockout stages, their competitive season would finish on March 1 against Westmeath and not resume until the Munster SHC on May 10 against Cork in Pairc Ui Chaoimh.

Ahead of the weekend, Limerick and Tipperary are 7/2 joint favourites to win Allianz Hurling League honours.

Limerick were eased in the market from 3/1 to 7/2 by some bookmakers just days before throw-in, meaning Liam Sheedy’s men are now joint favourites to bag their first league title since 2008.

The pair meet in Thurles on Saturday evening but it’s John Kiely’s defending league champions who are edging favouritism to begin with a win at 10/11, with the All-Ireland winners at 11/10.

Both sides are rated at 11/1 to end the season with both a league title and a Liam MacCarthy Cup in the bag, with Kilkenny their biggest dangers in the league betting at 9/2.

Also this week, Limerick GAA have confirmed the Limerick senior hurling captain and vice-captains roles for 2020.

Adare's Declan Hannon continues to captain the team for a third season. Patrickswell's Cian Lynch is the new vice-captain. Hannon captained Limerick to 2018 All-Ireland SHC title and then the 2019 Munster SHC and Allianz Hurling League titles.

As a teenager he captained Limerick to a Munster MHC title and Ardscoil Ris to a Harty Cup title - both in 2014.

Also this week, Limerick'a William O'Donoghue was speaking at the league launch in Croke Park and admitted that recent ‘off field’ distractions will not affect the team.

“We want to be as humble and as good a people as we can be; and I think we do quite a good job at that for the most part. We are all just trying to improve ourselves as people and as hurlers, so we are certainly trying to maintain that good reputation.”

“We are very much looking forward to 2020, We are looking to represent the people of Limerick with as high a distinction as we can”