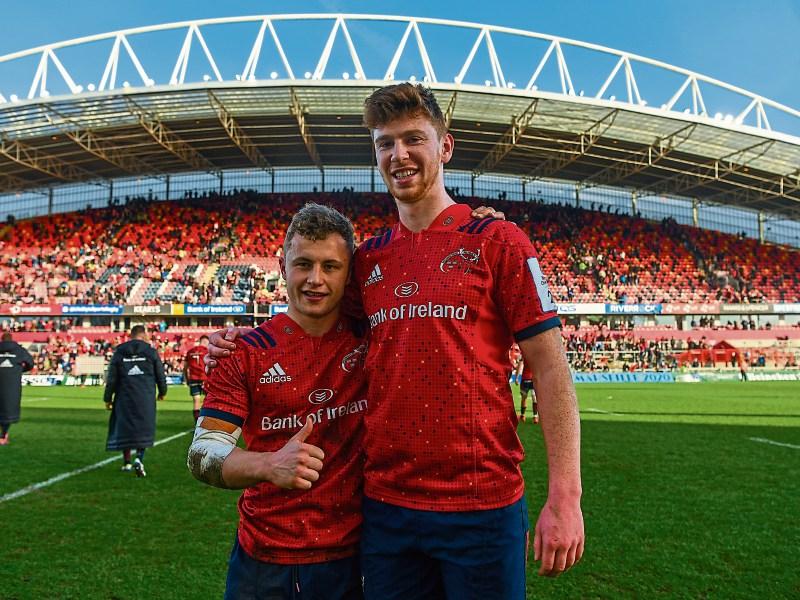 THE sun set on Munster’s Heineken Champions Cup campaign at Thomond Park on Sunday evening as a winter chill gripped the famed venue.

Munster players and supporters were left to rue what might have been as the province failed to make it to the knock out stages of Europe’s premier club rugby competition for the first time in four seasons.

This is the fourth time in 10 seasons that Munster haven’t managed to make it through the group stages of the Champions Cup.

In the end, Munster came up a couple of points short in their ambition to reach April’s quarter-finals. Ultimately, that home draw against Racing 92 and the inability to pick up a losing bonus point against Sarries’ on the road scuppered the province’s European ambitions.

It’s amazing how the optimism and excitement that surrounded Munster though the opening months of the season has given away to the pessimism of recent weeks.

Sport is fickle and professional sport especially so.

Munster have eight players involved in the Ireland squad currently preparing for the start of the 6 Nations Championship.

The remainder of the Munster squad is currently enjoying some time off on the back of a 13-week run of fixtures.

Munster face up to four Guinness PRO14 fixtures without the services of their Ireland internationals.

It is a crucial spell in the season and not just this season for next season too.

Munster need to start building for the future, exposing their exciting crop of young players to competitive games.

There has been a tendency in Irish rugby over the years not to give youth its fling and keep promising young players in reserve, not giving them exposure in competitive fixtures at an early age.

But the old adage must apply when it comes to Munster in the coming weeks, if you’re good enough, you’re old enough.

That’s not to say that a whole host of young players should be throw in together into the one line-up. They need to have some experienced heads around them, but the young guns need to be given decent gametime, not just a few minutes at the end of games.

Twenty two-year-old Calvin Nash caught the eye on his Champions Cup debut on Sunday, when starting on the left wing, while 20-year-old Craig Casey scored his opening try in Europe to secure the bonus point after being introduced as a replacement. Casey captained Ardscoil Ris in the Munster Schools Senior Cup just three years ago.

Exciting out-half Ben Healy made his Champions Cup debuts off the bench on Sunday. Academy player Healy, who plays his club rugby with Garryowen, captained Glenstal Abbey to their first Munster Schools Senior Cup title just under two years ago in March 2018. A meteoric rise.

Twenty one-year-old back-row Jack O’Sullivan also made his European Cup bow when introduced as a second half replacement against the Ospreys, while Fineen Wycherley made his first Champions Cup start at Thomond Park.

All these young players are home grown and have come through the provincial system.

Their progress is being watched closely by not just the province’s supporters, but also the generation of teenage rugby players coming up behind them who are dreaming about playing in the red jersey one day.

Bringing in overseas players is important too, of course, but Munster needs a strong core group of young local talent.