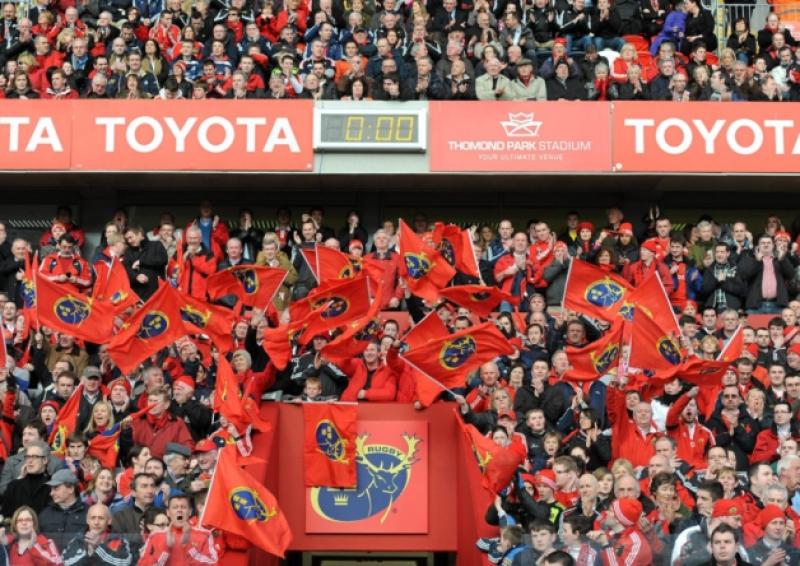 THE sense of disappointment which has hung over Limerick since Sunday evening following Munster’s defeat to Racing 92 in Paris has been palpable.

The players’ honesty of effort wasn’t doubted for one second by Munster’s fans who dared to dream for more than 70 minutes of Sunday’s clash.

However, the real live prospect – bar a set of unlikely results this weekend – of the province not reaching the quarter-finals of the Champions Cup is a tough one take, especially at a time when neighbours Leinster are dismissing all before them.

The optimism of the early months of the season, where Munster won games consistently in the Pro14 and played an attractive style, has disappeared with the run of just two wins in the last eight fixtures.

In many ways this Champions Cup campaign has seen Munster trying to weather the almost ‘perfect storm’.  Twelve key members of the squad were on World Cup duty during those early months of the season.  They were playing ‘catch up’ with new senior coach Stephen Larkham and forwards coach Graham Rowntree when reintroduced into the squad before the start of Europe in November.

What could be termed Munster’s ‘first XV’ has only played five games together.

The province has lost big game players in Tadhg Beirne and Joey Carbery to unfortunate injuries.

The Champions Cup draw was tough with both Racing 92 and Saracens. Yes, Munster know home fixtures are non negotiable and drawing at home to Racing was a big blow to their prospects of qualifying. They also coughed up a great opportunity to collect a precious losing bonus point at Allianz Park against Saracens.

If Munster fail to qualify this weekend - and they may yet pull off another 'Great Escape', but should they fail to advance, then the Guinness Pro14 will be a hard sell to the province's 'floating' support. Munster fans need to be patient.

Give the new-look coaching ticket a chance to prove itself next season, helped by it being a non-World Cup year. And Munster are due a break with injuries.