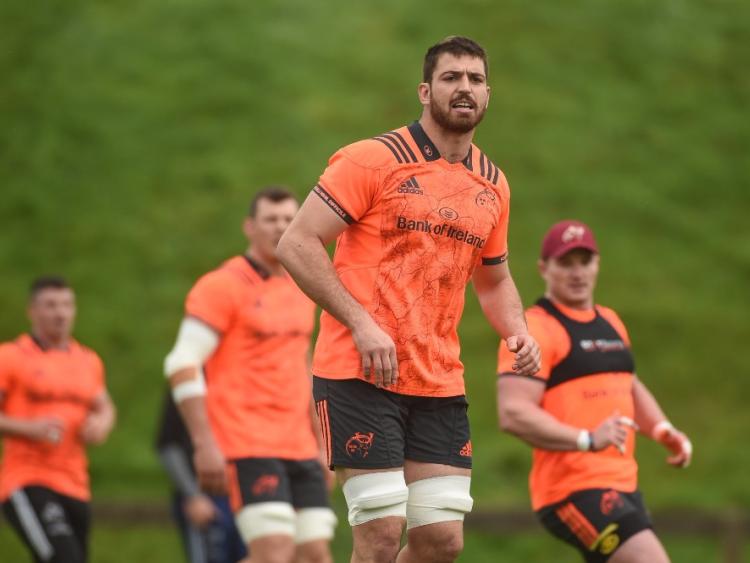 MUNSTER confirmed this Tuesday that Ireland second row Jean Kleyn is to have a scan for a neck injury sustained in the weekend defeat to Racing 92 in Paris.

Kleyn is now an injury doubt for Munster's final Heineken Champions Cup pool fixture against the Ospreys at Thomond Park this Sunday, 1pm.

Speaking at the province's weekly press briefing in UL this Tuesday, head coach Johann van Graan said: "With Jean Kleyn, we’re going to send for a scan on his neck. He took a bang there. He makes a lot of contact and we’ll know more later in the week on him."

However, Van Graan said South African-born Kleyn is not ruled out of this weekend's clash in Thomond Park.

The Munster head coach revealed that out-half JJ Hanrahan did not show any ill effects with his hamstring following the weekend defeat to Racing 92.

Hanrahan had been an injury doubt for that game in Paris with the injury, but turned in an impressive display in the out-half berth.

Van Graan said: "JJ was fine. His hamstring was fine. He was pretty banged up, they ran quite hard in his channel and he took a bit of contact but he’s fine. Obviously we’ll look after him during the week but no problems with him.

Up to 19,000 tickets have been sold for Munster's clash with Ospreys on Sunday. Munster need to win the game with a bonus point and hope that a number of results elsewhere go their way, including a victory for Racing 92 in their Round 6 clash with Saracens at Allianz Park.