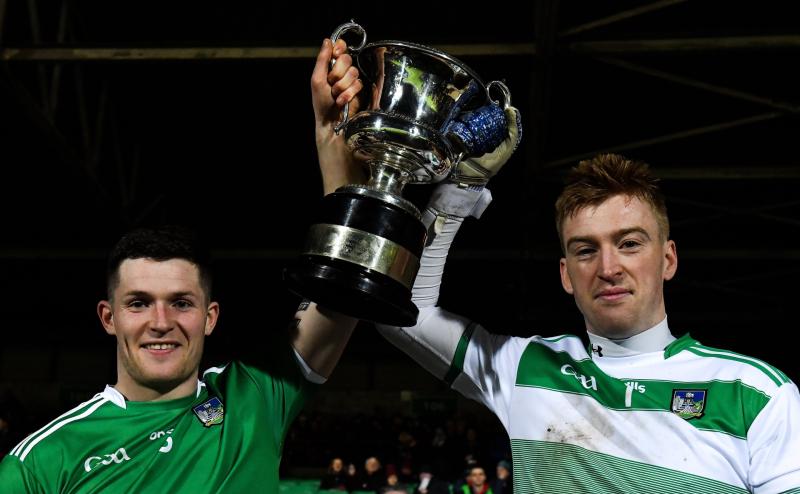 LIMERICK secured their first McGrath Cup since 2005 thanks to a richly deserved 0-20 to 0-16 final victory over Cork at the LIT Gaelic Grounds on Saturday evening.

It means Limerick start 2020 with a trio of victories ahead of their Allianz Football League Division 4 opener in two weeks' time against Waterford.

When Limerick got their noses ahead after eight minutes, they led until the final whistle, with Danny Neville top scoring with seven points, including two well taken marks in the second half.

Limerick were extremely accurate in the opening half, with just two wides at the change of ends. Danny Neville top scored with three white flags, including two off his left foot in quick succession. This helped them to a 0-12 to 0-8 half time lead.

Limerick lost Paul Maher to a sin bin in the closing seconds of the half, forcing them to play the opening 10 minutes of the second half. While Cork narrowed the margin slightly during this period, Danny Neville turned the screw to push the lead to 0-16 to 0-10 by the 46th minute.

Cork called upon marksman Brian Hurley from the bench but they were unable to breach the Limerick defence for a crucial goal. Two Neville points, in stoppage time removed any thoughts Cork snatching victory.