‘I thought their attitude was very, very good’ - John Kiely on Limerick's win over Clare 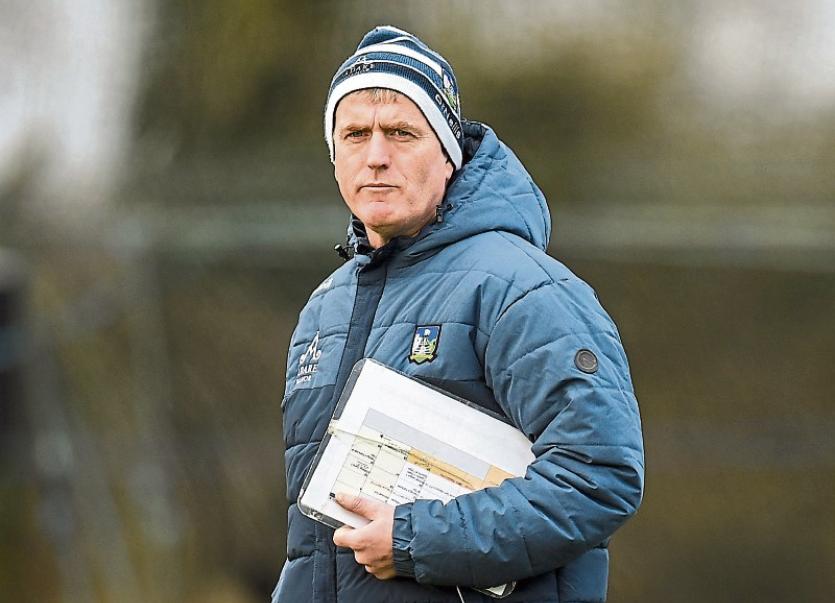 JOHN Kiely praised the attitude of his Limerick hurlers who "worked really hard as a team” to defeat Clare on Sunday afternoon to advance to the final of the Munster Hurling League.

After comfortable wins over Tipperary and Clare in Group A Limerick will now play Group B winners Cork in the final this weekend.

Eight points separated Limerick and Clare in the end and Limerick manager John Kiely was more than impressed.

“It’s our first outing of 2020 and in terms of what we are looking from the lads I think they delivered,” he said.

“I thought the attitude was very, very good from our boys – they worked really hard as a team.

“We tried to use the ball really well and what we are trying to do with the boys in training, we are seeing on the field and that is what we are looking for at this time of the year.”

Kiely has introduced many new faces into the squad during the early season competition and he says it is all about trying to play to his player’s strengths but Limerick have no intentions of changing their unique brand of hurling.

“We are not trying to change our style of play – absolutely not,” he said.

“We are committed to our principles in terms of what is important to us and how we want to play the game and that will never change.

“Decision making skills are as important as what we are doing with the ball.”

Since the start of the current season, John Kiely has handed debuts to several younger players such as Darren O’Connell, Brian Ryan, Brian O’Grady, Mark Quinlan and Josh Considine, and he has been impressed so far.

“Very happy with the younger lads,” he said. “They have made a great impression since they have come in.”

“There are players continuously coming through and making an impact on the group,” added Kiely.

John Kiely was full of praise for centre half-forward David Reidy who put in an impressive performance in Sixmilebridge scoring 1-12 to secure Limerick’s place in this weekend’s Munster Hurling League final against Cork.

“David did very well. He has been a very important player for us over the past few years and he is very ambitious and wants to fight for his place in the starting team.

“All credit to him for the work he has put in so far and he has made a really good start to that,” concluded the Limerick manager.