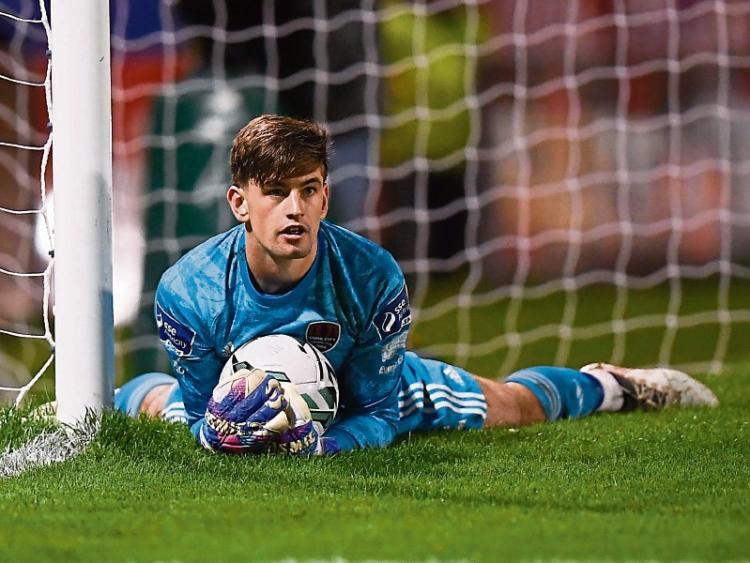 A TALENTED young Limerick goalkeeper has swapped life at one SSE Airtricity League Premier Division side for another.

League of Ireland top flight club Waterford FC announced this Saturday the signing of Cappamore goalkeeper Tadhg Ryan ahead of the 2020 season.

Ryan joins Waterford having spent last season with Premier Division Cork City. The 22-year-old shot-stopper has also spent time across the water in England where he played with Huddersfield Town and Radcliffe.

Ryan moves to Turners Cross in December 2018 after spending a season with First Division Galway United and almost four years at English Premier League side Huddersfield.

Cappamore native Ryan progressed through the under-18 and under-21 ranks at Huddersfield Town before becoming a regular in the under-23 team.

Ryan is a former Cappamore Celtic, Fairview Rangers and Limerick FC U-19 netminder.

Waterford kick-off their Premier Division league programme with an away date with St Patrick's Athletic on February 14.

Speaking to WaterfordFC.ie, Limerick native  Tadhg Ryan said he was delighted to be joining the Blues for the 2020 season.

Delighted to be on board with @WaterfordFCie ⚽ looking forward to the challenge, exciting times ahead https://t.co/kv2iohFLE3

“I’m delighted to have signed with the club for the coming season. I really want to get started now and kick on and hopefully give the fans something to shout about for the season.

“Speaking with the manager (Alan Reynolds), I can see his ambitions for the club. I’m a very ambitious person, so I can see the two of us getting along very well. It just seems that everything here is right for me.

“As a keeper, there’s a special relationship between you and the goalkeeping coach. You look at Waterford and I’m going to be training under Dirk Heinen. I cannot wait for that. I know for sure he’ll be able to help me improve my game, and help to bring me to the next level.

“Aside from the staff and facilities, the fans here are fantastic. I’m really going to be looking to impress them when I pull the shirt on. The RSC can be a tricky place to go as an away team, so I’m looking forward to having that behind me this year, and from what I saw of the Blues fans last year, they can be just as loud away from home.”