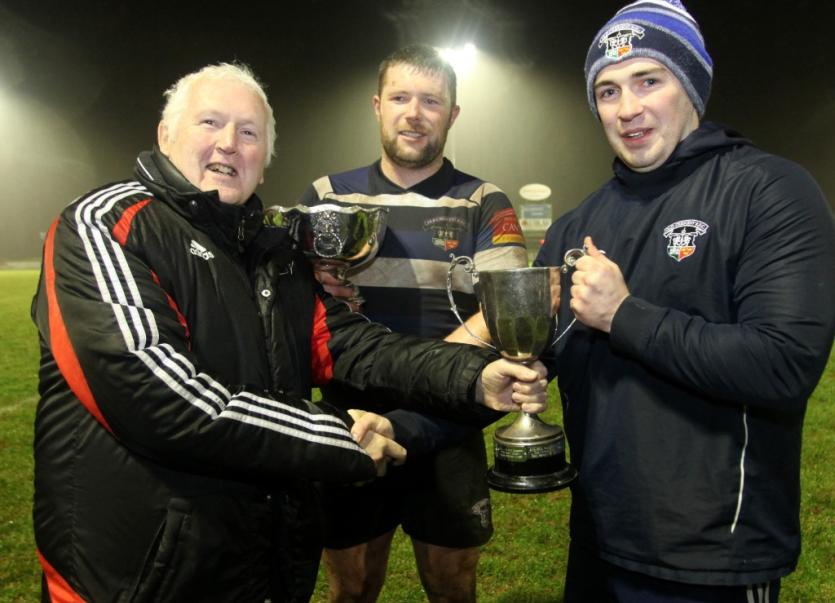 Afterwards Crescent's head coach Matt Brown was delighted with the fact that the final had turned out to be such a competitive fixture ahead of the resumption of the All-Ireland League on Saturday, January 11.

Crescent's win also saw the Rosbrien side claim the Kelly Cup, the trophy played for annually between the two clubs.

Matt Brown said: “It’s a super victory for the club. I am conscious though that they didn’t have a lot of their Munster players and were probably missing a few, but we were missing a few as well.

"I think the main thing is that it was a real good competitive fixture coming into the next block of AIL games.

"It is great for the club and everybody to win a trophy and the fact that we actually tried to play a good bit of rugby, even in the difficult conditions, I thought the first try we got was lovely.

"Both teams made errors in the first half, but for us it is a big test to try and match up to a team that plays as physical as them. I thought we stood up to that, albeit they may have had a few players missing. I am delighted, it is a nice Christmas present.

WATCH: The @OldCrescentRFC1 & @YoungMunsterRFC players applaud each other off the pitch at full-time in Limerick Charity Cup final at Rosbrien where home side scored dramatic 17-10 win #LLSport @LimkLeaderSport pic.twitter.com/mNGa1a5tTY

"It was probably a little bit fortunate the try we got at the end, but we kinda read a play that they made, so yeah, delighted, it’s brilliant."

Crescent’s victory was achieved despite the home side falling 10 points in arrears early in the second half.

Brown added: “The heads could have dropped at 10-0 and I would say Old Crescent a few years ago they might have, but the lads are developing quite a good resolve.

“I also think when they are points down to a team who are a couple of divisions higher it takes the shackles off a bit and they are prepared to play. If the ball sticks then I think we are able to open most teams up.

”There were a couple of line breaks today where it didn’t stick, but I think we showed our enterprise, so the fact that we were prepared to do that against them, hopefully it stands to us against opposition in our own division albeit in a different competition."