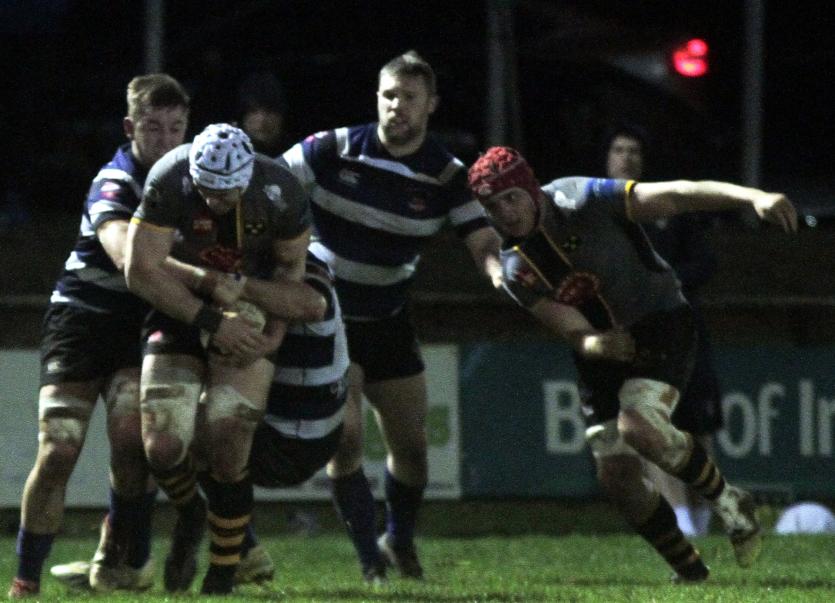 A dramatic injury time from prop Cathal O'Reilly, converted by out-half Maccon Casserly, clinched an exciting victory for the home side who also claim the Kelly Cup as a result of the win.

An Old Crescent victory looked unlikely when All-Ireland League Division 1A side and 2019 Charity Cup winners Munsters' raced into a 10-0 lead after 43 minutes.

Out-half Daragh O'Gorman kicked a 29th minute penalty to help the visitors into a 3-0 half-time lead. Munsters' also struck for the game's opening try just three minutes after the restart when flanker Alan Kennedy barged over the tryline from close range with O'Gorman also converting.

Out-half Casserly gave AIL Division 2A side Crescent hope of getting back into the contest when he opened the home side's account with a penalty goal on the hour mark.

WATCH: The @OldCrescentRFC1 & @YoungMunsterRFC players applaud each other off the pitch at full-time in Limerick Charity Cup final at Rosbrien where home side scored dramatic 17-10 win #LLSport @LimkLeaderSport pic.twitter.com/mNGa1a5tTY

Crescent were right back in the contest after 68 minutes when flying winger Val McDermott touched down superbly in the left corner. Casserly's conversion as a persistent drizzle continued to fall tied the score at 10-10.

The game looked destined to finish level after 80 minutes as it ticked into injury time in worsening conditions.

However, Crescent were rewarded for some late pressure with an opportunist match-winning try as prop O'Reilly dotted down to stun their opponents who did line out without the services of a number of their first choice All-Ireland League side as was the case with the winners.

The Sloop rings out again in Rosbrien after hard fought victory over Young Munsters by 17 points to 10! A double victory for the Club winning the Limerick Charity Cup and the Kelly Cup, our traditional Xmas fixture with our neighbours! pic.twitter.com/1hgdvKhP0i