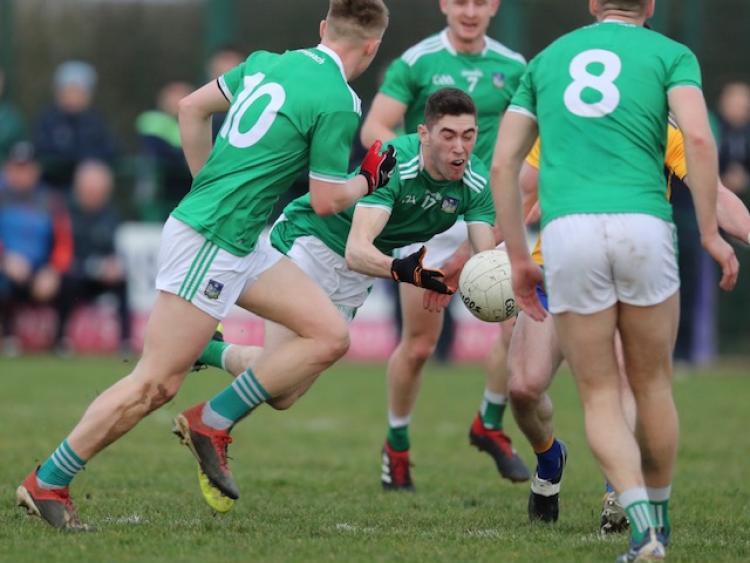 THE Limerick senior footballers made a winning start to their 2020 season with a 0-14 to 2-6 win over Clare in the McGrath Cup this Sunday.

Billy Lee's Limerick scored four of the last five points to ensure the Mick Neville Park victory over The Banner.

Limerick now journey to Fraher Field in Dungarvan on Thursday January 2 to play Waterford in the knowledge that another win would see the men in green into the final of the early season provincial competition.

It was a game where Limerick gave a first ever senior start to Bob Childs (Galtee Gaels), while there were also debuts for Darren O'Doherty (Newcastle West) and Ryan Glynn (Bruff) as second half substitutes.

It was a half where Clare failed to score from play and had five wides, compared to just two for the home side. Limerick were to finish with five wides and Clare 10.

Defenders Iain Corbett and Tony McCarthy had the game's opening scores for Limerick and it took Clare 12-minutes to open their account.

On 23-minutes Clare were ahead when Keelan Sexton goaled from a penalty after Donal O'Sullivan appeared to be harshly penalised for a foul on Eoin Cleary.

Limerick were soon level with a Jamie Lee free. Lee had four points in the half - his third a fine score from play.

In the second half, points from Cillian Fahy (2), Adrian Enright and Seamus O'Carroll moved Limerick 0-10 to 1-3 ahead with 13-minutes gone in the new half.

Then came another Clare goal and another for Sexton - this time from play. It was the first score from play in the game for Clare with 50-minutes played.

When sub Aidan Davidson kicked a score from a mark, Clare were ahead, 2-6 to 0-10, and just under 10-minutes remaining.

A Lee free ended 16-minutes without a Limerick score to tie up the game for the fifth time with six minutes remaining.

Limerick then finished on top with Danny Neville (mark) and Lee points.

Donal O'Sullivan had to come to Limerick's rescue with two fine saves in injury time before it fell to Corbett to end the game's scoring after seven minutes of injury time.