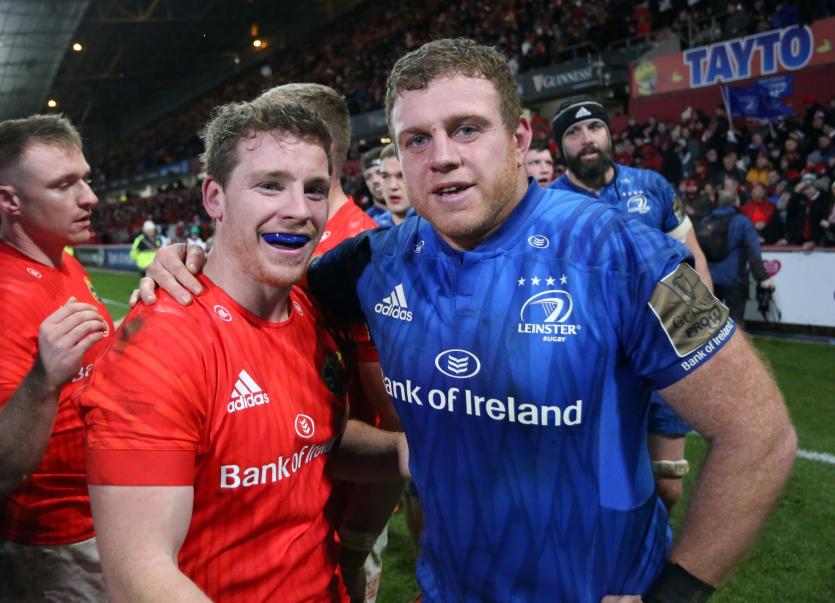 THE battle for the bragging rights among the Cronin brothers from Limerick at Thomond Park on Saturday night was won by Leinster hooker Sean.

Ireland international Sean and his younger brother Neil, the Munster scrum-half, were both introduced as second half replacements in Saturday night's sold-out interprovincial clash.

Afterwards Sean Cronin said: “I didn’t come across him (Neil) too many times on the pitch, tried to drag him into a ruck at the end there but it was a special moment for both of us.

“There’s five or six years between us so I never really played against him, so that was a special moment.

“He’ll be disappointed. I might pop into his house tomorrow. I’m going to stay down tonight and stay with the family so I might pop in and see him tomorrow and see how he’s feeling.

“Our mum and dad were here. I think my dad had two jerseys on, so whichever way it was going he was going to whip that one out.

“No, we didn’t swap jerseys (with Neil), I don’t think Johnny O’Hagan, our bagman, would be too impressed if I came back with no jersey on.

“Neil worked his arse off to get in, to get a contract and it was fantastic.

“You never know with rotation at this time of year either so it was great and at least we can say we played against each other.”