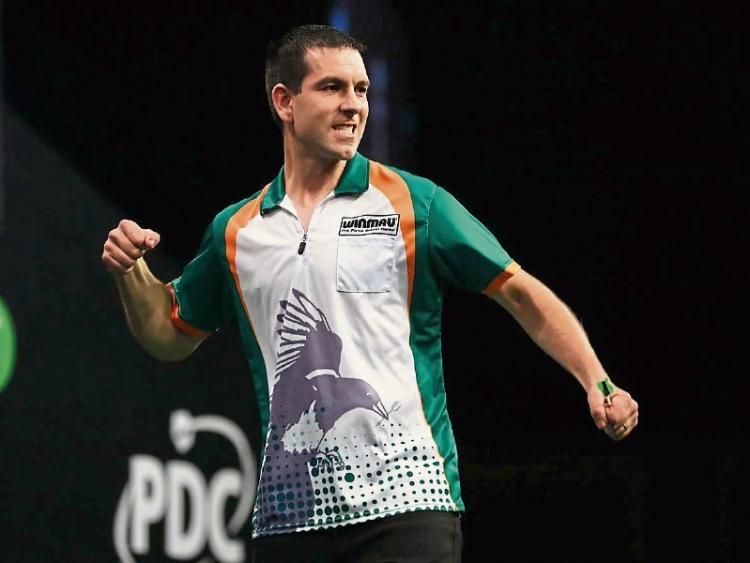 O'Connor recovered from losing the opening set by three games to two to win the next two sets impressively and get within a set of dumping out his much fancied opponent in the second round.

However, Price rallied to win the last two legs of the fourth set to level the match at two sets apiece.

The Welshman then won the tense final set by four legs to two to sneak through to the third round.

O'Connor had breezed past the experienced Marko Kantele, of Finland, 3-0, in their opening round match on Monday night. Despite not being at his best, O'Connor managed to land six 180s.

Former carpenter O'Connor moved up to 37 in the world rankings on the back of him reaching the quarter-finals of the Ladbrokes Players Championship recently.

Price is in trouble here!

William O'Connor LEADS in this match now as he takes the third set and could we have another monumental upset on the cards? pic.twitter.com/oKVdDR8HKU

World Cup finalist O'Connor reached the third round of the William Hill World Darts Championship last December before suffering a 4-1 defeat to England’s Ryan Searle at the ‘Ally Pally.’

Now that, is a fantastic checkout as O'Connor takes out 125 on tops and Price could be in trouble here! pic.twitter.com/55dyKPnUvs

96 of the world's best players will compete from December 13 to January 1, 2020 at the 'Ally Pally' for the Sid Waddell Trophy and a total of stg£2.5 million in prize money.