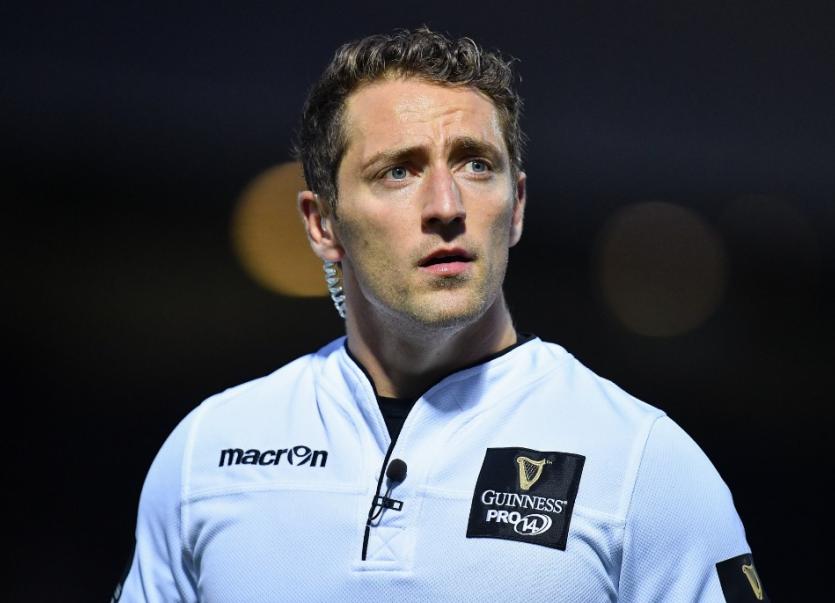 THE match referee has been confirmed for Munster's big Guinness Pro14 clash away to Connacht on Saturday next.

Former Old Crescent RFC player Andrew Brace will take charge of the Round 8 interprovincial clash at The Sportsground which has a 5.15pm kick-off time.

Cardiff native Brace was the only IRFU match official involved in the 2019 World Cup in Japan.

He refereed his first international in 2017, Georgia v Canada, and later took charge of the international meeting of England and  Samoa.

Saturday's game, the first of three big inter-provincial fixtures Munster will face in the Guinness Pro 14 over the Christmas and New Year's period, will be televised live on TG4 and eirsport.

Meanwhile, Limerick rugby referee George Clancy will take charge of the interprovincial clash of Leinster and Ulster at the RDS Arena this Friday night at 7.35pm.