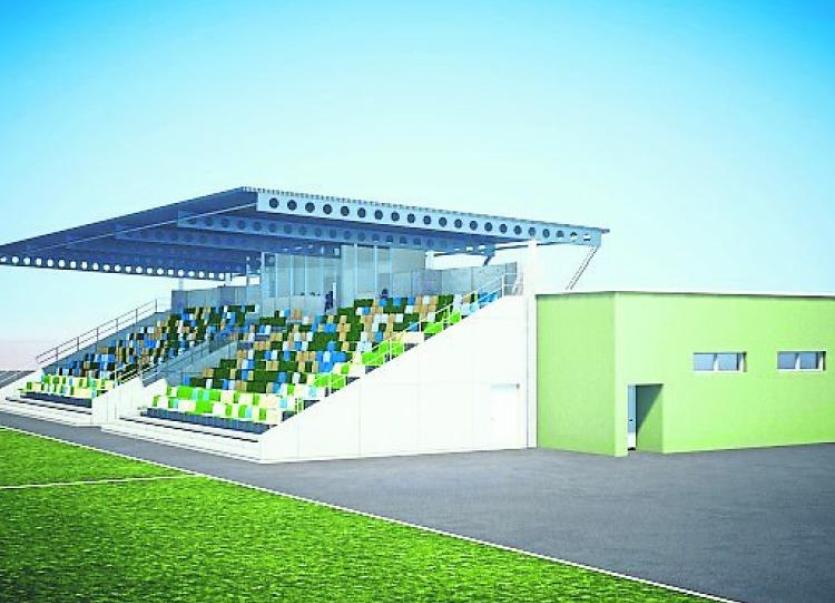 LIMERICK GAA officials are hoping that the new stand in Mick Neville Park will ready for early summer.

In his report to Monday's Limerick GAA Annual Convention Limerick GAA secretary Mike O'Riordan outlines that a number of structural projects are needed in the future.

"The tendering process for the Development Work at Mick Neville Park has been completed and works are due to commence shortly. It is hoped the stand and two dressing rooms will ready for early summer," outlined O'Riordan.

"During the course of this year works were carried in the dressing room areas and main catering section of the facility. The pitches were sanded and verti drained. We also installed a new broadband system in Mick Neville Park through Ripplecom for the broadcasting of our games there."

He added: "Looking forward we need to look at putting in place a provision to replace and possibly extend the 3G playing surface of Mick Neville post stand development".

He also looked into the future of the LIT Gaelic Grounds.

"As part of the Strategic Plan it is proposed to develop the North Stand and the Mackey Stand in time. LIT Gaelic Grounds will endeavour to become a green stadium (and local environment) with the support of the local authority. We will utilise our relationship with LIT to deliver a sustainable and energy efficient stadium and reduce our carbon foot print. We will also seek to implement a cashless stadium over the next number of seasons. This will require the acquisition of additional ground and the erection of ticket booths around the stadium," outlined O'Riordan.

"The first phase of this will commencement this year with the tendering process for the retail units in the stadium. Additional facilities will be required hot food and additional fit for purpose units are going to be developed."

"The Kilmallock Road Campus was approved for Sports Capital Funding and it is hoped will have a planning application and approval by the middle of the year. It is hoped to have dressing rooms and ancillary works developed before this time next year."