Munster Rugby versus Saracens - All you need to know 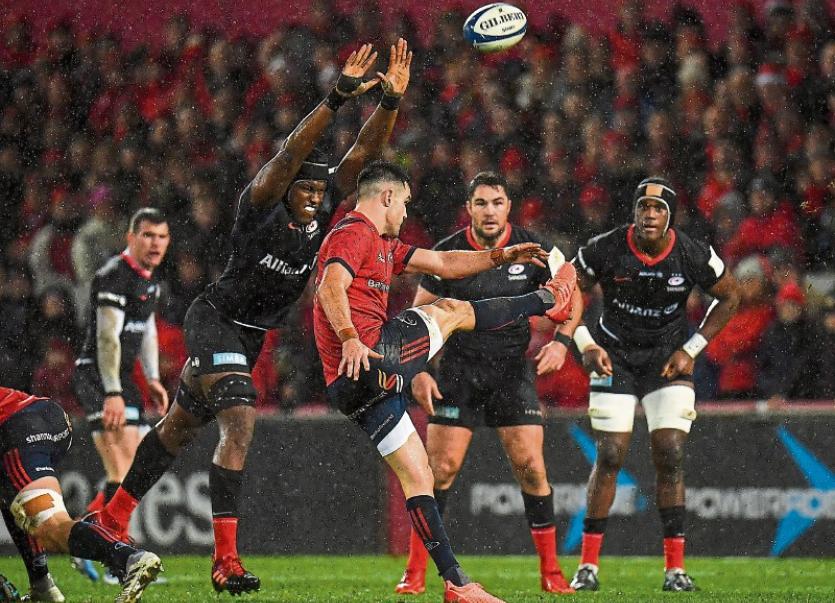 Munster Rugby face Saracens this Saturday in the second instalment of their back to back Champions Cup fixtures. Munster were 10-3 winners in the opening game last weekend at a wind swept and sodden Thomond Park.

Saracens' losing bonus point could prove vital as they attempt to navigate their way out of the Pool with Munster and Racing 92 yet to travel to their home ground of Allianz Park.

Ahead of this Saturday's clash, here is all you need to know.

The game will kick off at 3pm and is to be refereed by Pascal Gauzere of France. The man in the middle will be assisted by Maxime Chalon, Johnathon Dufort and the TMO appointed is Eric Gauzins.

Saracens and Munster have met 10 times now in the Champions Cup with Munster holding the narrow advantage over their Englosh rivals, having won six of the 10.

In terms of the back to back nature of the game, Saracens have only ever lost both their back to back games twice, against Clermont in 2017/18 and Cardiff in 2000/01.

Looking back at Munter's clashes with Saracens, the Irish province have failed to score more than 18 points against Saracens in their last eight meetings. The match at Thomond Park last weekend (10-3) was also the lost scoring game for an Irish province since Leinster beat Bordeaux (9-3) in the 1998/99 season.

JJ Hanrahan leads the way for the men in red on the scoring charts. He has 16 points to his name, ahead of Tyler Bleyendaal on 12, with Andrew Conway and Keith Earls on 10.

For their opponents, the game this weekend, live on BT Sport and Live95 (radio) will be their 102nd game in the competition.

Their top scorers so far this season have been Rotimi Segun on 10 points with Manu Vunipola on 9, ahead of Ben Spencer on 8.

There were some positives in the game for Johann van Graan's men, in the attacking sphere, despite only scoring one try.

Of course the one thing that stats can predict ahead of this weekend's meeting is the Saracens team.

Only one of Saracens six England internationals who played in the Rugby World Cup final were played last weekend, meaning that the men from north London could very well be even stronger this Saturday than the side who managed to gain a losing bonus point from Thomond Park.

At the time of going to print Munster Rugby were 11 point underdogs with the bookies and should they win, it would surely go down as one of the biggest upsets in the 25 year history of the famous club rugby competition.