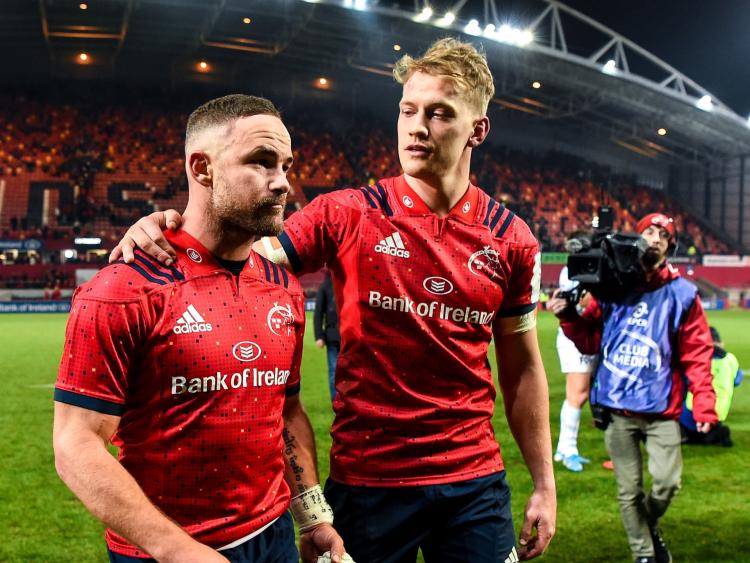 DEPARTING Munster scrum-half Alby Mathewson said he felt honoured to have been able to wear the red of Munster as part of his 'unbelievable time' at the province.

Former All-Black scrum-half Mathewson leaves Munster this week after completing a total of 15 months in Limerick.

During that time, 33-year-old Mathewson, who won four caps for New Zealand, played 28 times for Munster, scoring six tries during that time.

Former Hurricanes, Blues, Western Force and Toulon scrum-half Mathewson joined Munster in late August 2018 initially on a four-month contract and made his Munster debut in the record victory over Ulster in September 2018.

In a post on Instagram this week, Mathewson thanked Munster Rugby and the province's supporters for their support.

Mathewson wrote: "Thank you Munster Rugby and all the supporters for the last 15 months. I’ve had an unbelievable time and feel honored to have been able to wear the Munster jersey.

"I’m lucky to have experienced European rugby at Thomond Park and see why it is one of the best atmospheres in the world to play in front of and how much this team means to the community and it’s supporters.

"To my team mates, I’m going to miss you lads a lot. Thanks for all the good times and your friendships. I’ll miss running out there with ye and giving it socks for 80 minutes and then having a beer afterwards.

"I’ll miss the craic and banter (abuse) in the locker room before training. Have to give a special mention to Rory Scannell and Darren O'Shea  for being my Irish family (kids) while I was here, I’m gonna miss sitting around talking beans and watching movies.

"Thanks again to everyone!"