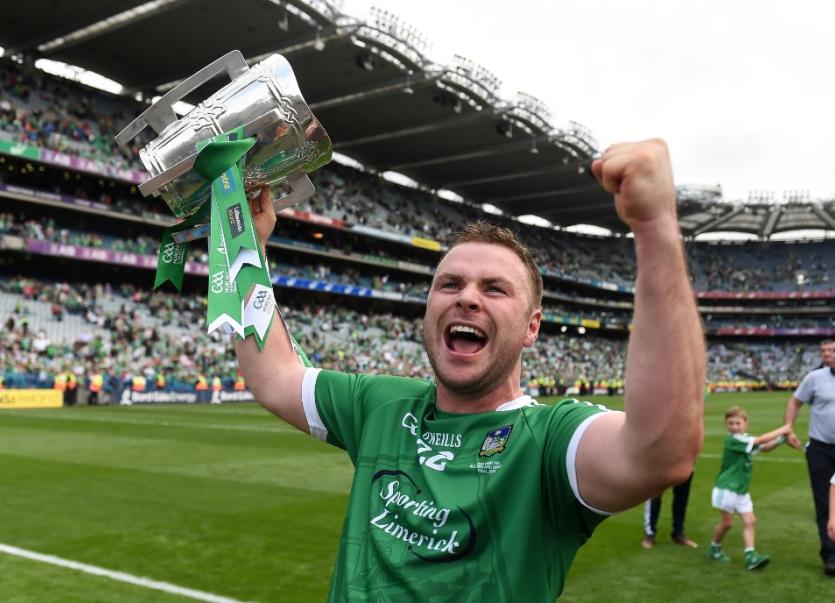 LIMERICK'S Richie McCarthy has confirmed his decision to retire from the Limerick senior hurling team.

The Blackrock man released a statement this Monday morning confirming he won't be part of John Kiely's plans for 2020.

The swashbuckling defender has spent over a decade as a Limerick hurling fans favourite - "Oh Richie McCarthy" a chorus heard from the Treaty support on most outings.

McCarthy was part of the Limerick minor hurling team that contested the 2005 All-Ireland minor hurling final - losing to Gawlay in Croke Park.

He played intermediate hurling with Limerick before his senior championship debut came in 2011. He debut championship year saw McCarthy played in the forwards and was free-taker when Donal O'Grady was manager.

But McCarthy will be remembered as a full back - winning an All-Star in 2013 and also receiving nominations in 2012 and 2014. In 2013 he was also named Munster GAA Senior Hurler of the Year.

McCarthy missed the 2019 inter-county season with a cruciate ligament injury but battled back to full fitness during the season and played a key role as his club Blackrock won promotion into the senior ranks with a Limerick Premier IHC title win.

"Today I am announcing my retirement from the Limerick senior hurling team. It has been an incredible 11 year journey but the time is right for me to now step away," said McCarthy.

"It is the greatest honour for any GAA player to wear their county colours but it has also been the wild dreams of a youngster from Kilfinane. To all of my teammates who have worked so hard to achieve what we have achieved, all I can say is thank you, it has been a pleasure. I am left with many great memories including the greatest of all when I was able to lift the Liam MacCarthy in front of Hill 16," he recalled.

"I would like to thank and acknowledge the immeasurable contribution of the many management, medical and back room teams I have been with for over a decade as well as the help and support I received from the Limerick County Board. Thank you also to my club Blackrock for your support and belief in me as a player."

McCarthy added: "To the supporters of Limerick, I want to say a huge thank you. Your continued belief and support of us is everything that makes playing for Limerick so special".

"Finally, to my family, my parents Henry and Ann and in particular my partner Ruth who have been an enormous support to me and who I owe so much to."

He concluded: "I would like to wish John, Declan and all the panel the very best for the coming year. I look forward to playing with Blackrock for many years to come.”

With The Rockies, McCarthy has already won 2009 Limerick, Munster and All-Ireland junior hurling medals and a 2019 Limerick PIHC title.