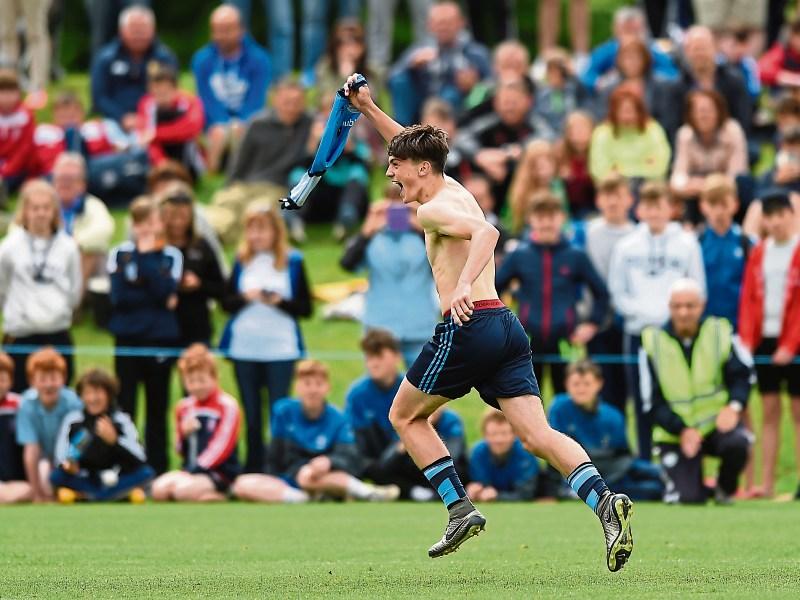 ONE of the most interesting aspects of working as a sports journalist for 20 years is identifying young sporting talent, who you believe have star quality in their chosen sport and then seeing how they progress and develop over the years.

Schools rugby is one such example where players can catch the eye on the playing pitch for the special talent they possess and low and behold a few years later they progress to play in the pro game.

Having covered the Kennedy Cup U14 inter-league soccer tournament extensively for over a decade now, it has been interesting to see the progress of these talented young players in recent years.

The very best of schoolboy soccer talent from 32 leagues all over the country descend on UL each June to play in the five-day feast of football.

The Kennedy Cup, established back in 1976, has seen many Irish international players showcase their talents in Limerick down through the years.

Roy Keane, captained Cork to success in 1984, Damien Duff and Ian Harte played for the Dublin District Schoolboys League, while John O’Shea played for Waterford in 1995.

One such player who screamed quality in most recent years was the Dublin and District Schoolboy League (DDSL) striker Troy Parrott just three short years ago.

However, there is always huge interest in games involving the DDSL, understandable given the quality of the player they possess and the fact that they begin each year as favourites to win the title.

Just three short years ago, Parrott, who was on the substitutes’ bench for the Rep of Ireland in their Euro qualifier with Denmark at the Aviva Stadium was leading the attack for the DDSL in the Kennedy Cup at UL.

Watching the side play over the week, it was hard not to be struck for Parrot’s ability to read the game, his excellent positional sense and his eye for goal.

The then Belvedere player wasn’t slow on communicating with his team mates, looking for them to play the ball to his feet.

The current Spurs striker had a confidence about him, but it was justified.

Parrott got off the mark on the opening night of the Kennedy Cup, netting the winner in their 2-0 victory over a battling Kilkenny League side.

The goals continued to flow. Parrott again netted the winning goal in the DDSL's 2-1 semi-final win over neighbours the North Dublin Schoolboy League.

On to the final then. Unsurprisingly, given his quality, Parrot played a key role in deciding the outcome of the DDSL's showdown with a talented Galway League side.

To be fair, Galway did well to prevent the frontman from scoring in normal time. And so the game went to penalties.

It was fitting, given the week he had enjoyed at UL, that Parrott should net the winning penalty in the DDSL's dramatic 4-3 penalty shoot-out final victory.

I have continued to watch Parrott’s progress from Kennedy Cup level through to today, his move to Premier League giants Tottenham Hotspur, his impressive impact with various Rep of Ireland under-age sides.

His progress has been nothing short of meteoric. What odds then that Parrott comes up with the crucial goal that takes the Rep of Ireland senior side to next summer’s Euro finals when the play-off games take place in March.

Don’t rule it out!